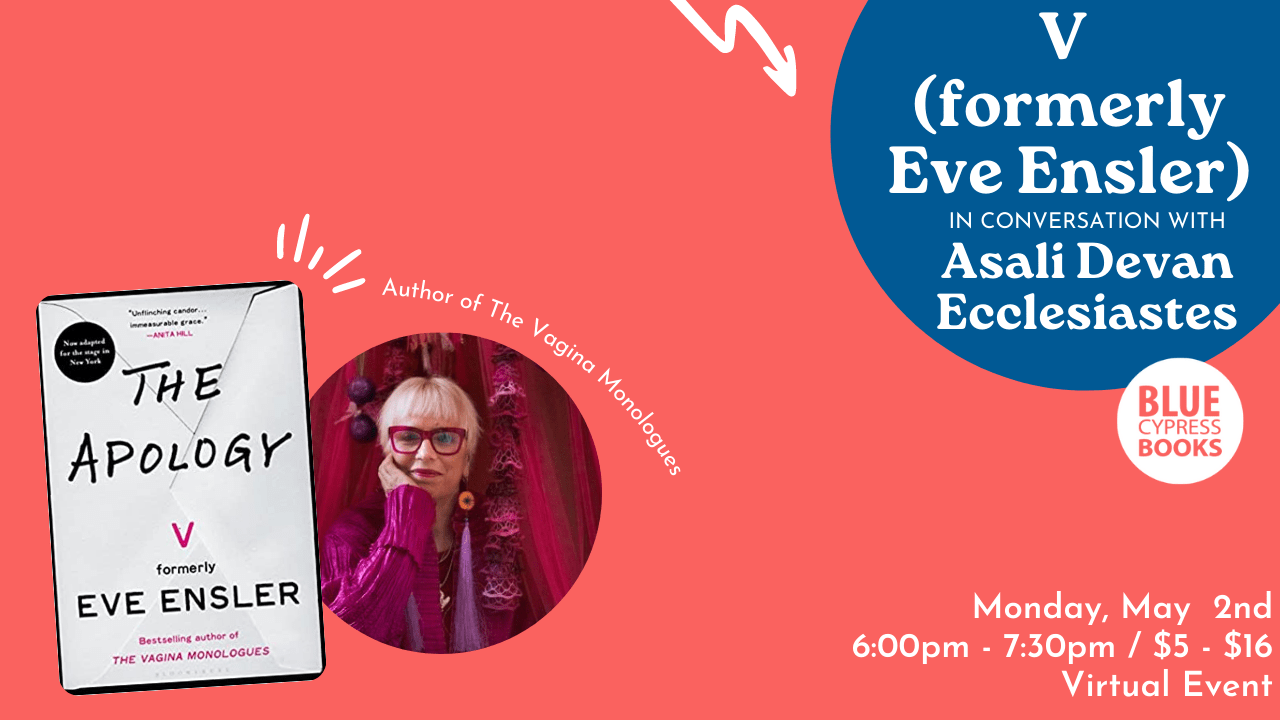 Join us virtually on May 2nd at 6 pm to celebrate the paperback release of The Apology by V (formerly Eve Ensler).

She will be in conversation with Asali Devan Ecclesiastes, Executive Director of the Ashé Cultural Arts Center.

$16 tickets include a signed (bookplate) copy of The Apology. $5 tickets are also coupons, good for $5 off a purchase at Blue Cypress Books. Coupons expire one month after the event, and cannot be used for online purchases, event tickets, or gift certificates.

This will be a Zoom event. Ticket holders will receive an email that include information on how to join the Zoom on the morning of the event.

Like millions of women, Eve Ensler has been waiting much of her lifetime for an apology. Sexually and physically abused by her father, Eve has struggled her whole life from this betrayal, longing for an honest reckoning from a man who is long dead. After years of work as an anti-violence activist, she decided she would wait no longer; an apology could be imagined, by her, for her, to her. The Apology, written by Eve from her father’s point of view in the words she longed to hear, attempts to transform the abuse she suffered with unflinching truthfulness, compassion, and an expansive vision for the future.

V (formerly Eve Ensler) is a Tony Award-winning playwright, activist, performer, and author of the Obie award-winning theatrical phenomenon The Vagina Monologues, published in over 48 languages, performed in over 140 countries, and was recently heralded by The New York Times as one of the most important plays of the past 25 years.