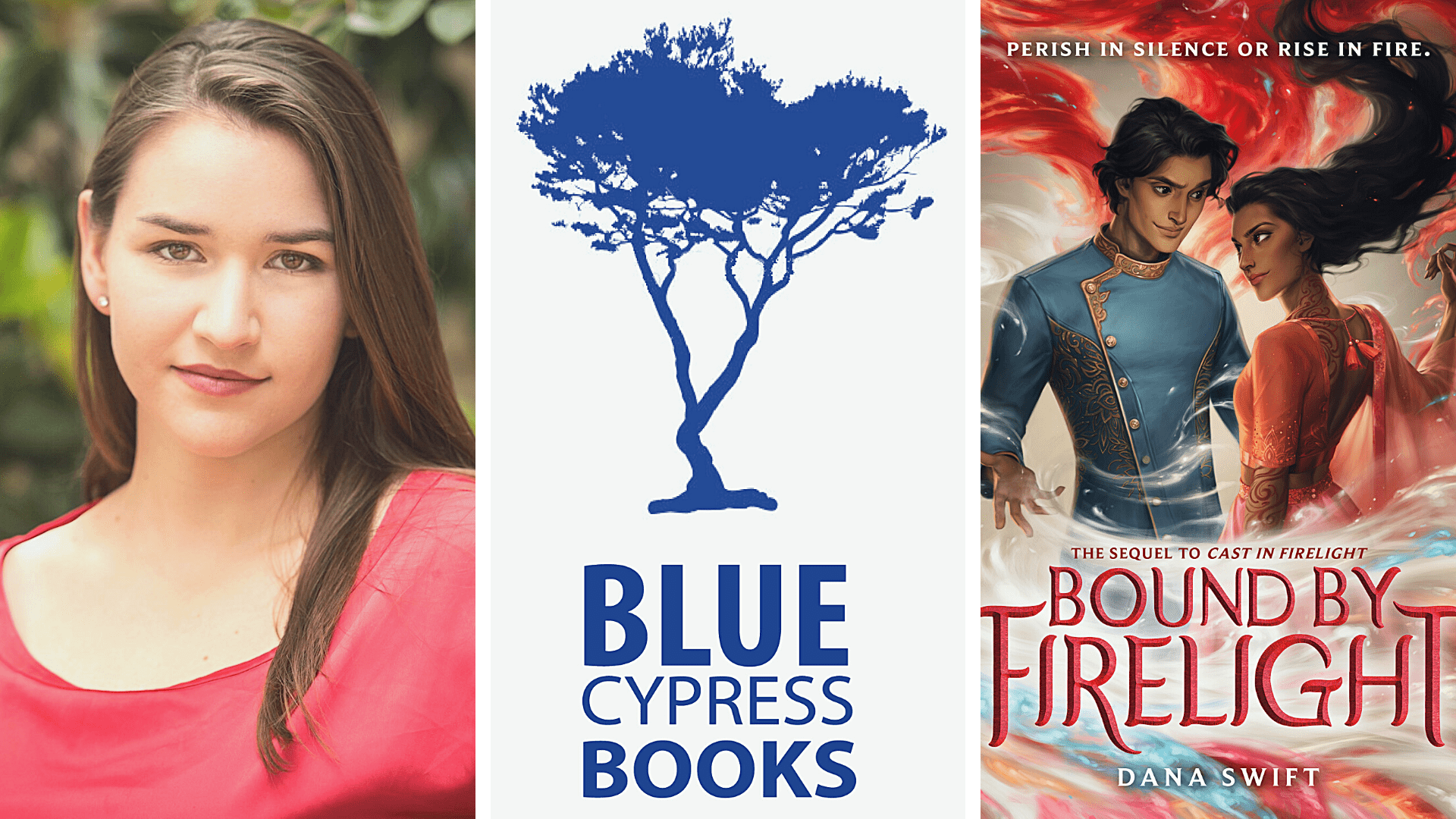 Join us Sunday, January 30th from 1-2:30 pm for a book signing with Dana Swift, author of Cast in Firelight and its newly-released sequel, Bound by Firelight!

This event is free to attend. Reserve your signed copy here!

After a magical eruption devastates the kingdom of Belwar, royal heir Adraa is falsely accused of masterminding the destruction and forced to stand trial in front of her people, who see her as a monster. Adraa’s punishment? Imprisonment in the Dome, an impenetrable, magic-infused fortress filled with Belwar’s nastiest criminals—many of whom Adraa put there herself. And they want her to pay.

Jatin, the royal heir to Naupure, has been Adraa’s betrothed, nemesis, and fellow masked vigilante . . . but now he’s just a boy waiting to ask her the biggest question of their lives. First, though, he’s going to have to do the impossible: break Adraa out of the Dome. And he won’t be able to do it without help from the unlikeliest of sources—a girl from his past with a secret that could put them all at risk.

Time is running out, and the horrors Adraa faces in the Dome are second only to the plot to destabilize and destroy their kingdoms. But Adraa and Jatin have saved the world once already. . . . Now, can they save themselves?

Dana graduated from the University of Texas at Austin and is an active member of the DFW Writers’ Workshop. She lives in Miami, Florida, with her husband. She is the author of Cast in Firelight and Bound by Firelight. To learn more about Dana and her books visit danaswiftbooks.com or follow @swift_dana on Twitter and Instagram.