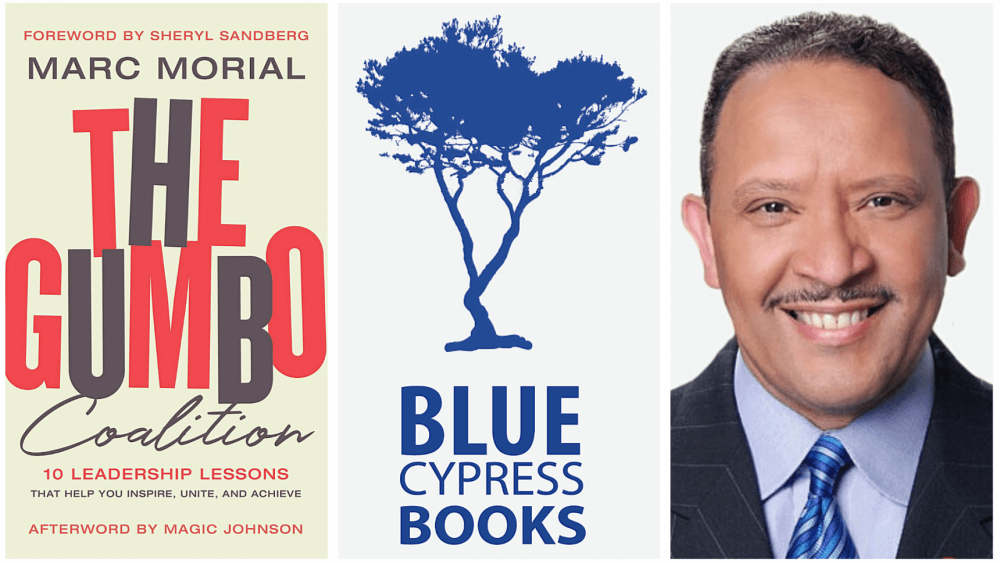 Join us Friday, December 18th from 1:30 pm – 3:30 pm in front our shop for a socially-distant sidewalk book signing! Marc Morial will be signing his book, The Gumbo Coalition: 10 Leadership Lessons That Help You Inspire, Unite, and Achieve!
Masks required.

To be a great leader, you must be able to unite people from all backgrounds with seemingly competing agendas to come together under a common cause. Marc Morial, former mayor of New Orleans and current president and CEO of the National Urban League, has been such a leader and shares the lessons he learned along a legendary journey of achievement.

Morial knew his calling from a young age–he was meant to be a leader in the fight for meaningful change. Growing up in the segregated South and helping his father realize an incredible victory as the first African American mayor of New Orleans, Morial was shown that, with the right tools, significant change is possible.

Less than two decades later, in his own mayoral race in New Orleans, Morial built what he christened the “Gumbo Coalition,” an incredible mixture of all of New Orleans’s ingredients–African Americans, Whites, Latinos, Asians, business leaders, grassroots community activists, business leaders, clergy, and many more. Each ingredient brought its own flavor, creating a dish that was able to reduce crime and rebuild New Orleans’s reputation with such power that the city was able to successfully attract an NBA franchise, multiple Super Bowls, and the Essence Festival, the largest African American event in the nation.

Now, Morial fights on behalf of the National Urban League to create a community with a voice so strong that nothing can stand in the way of change. He is ready to teach others what he has learned along the way, by showing readers what it means to be a leader who can unite voices and create meaningful change.

Marc Morial is a former second-generation New Orleans mayor who oversaw many improvements during his terms, including crime reduction, police reform, and the passing of a significant bond issue.

In May 2003, Morial was appointed president and CEO of the National Urban League. Since that appointment, Morial’s Empowerment Agenda has worked to reenergize the League’s diverse constituencies; to build on the strength of its nearly one-hundred-year-old legacy; and to increase its profile both locally and nationally.