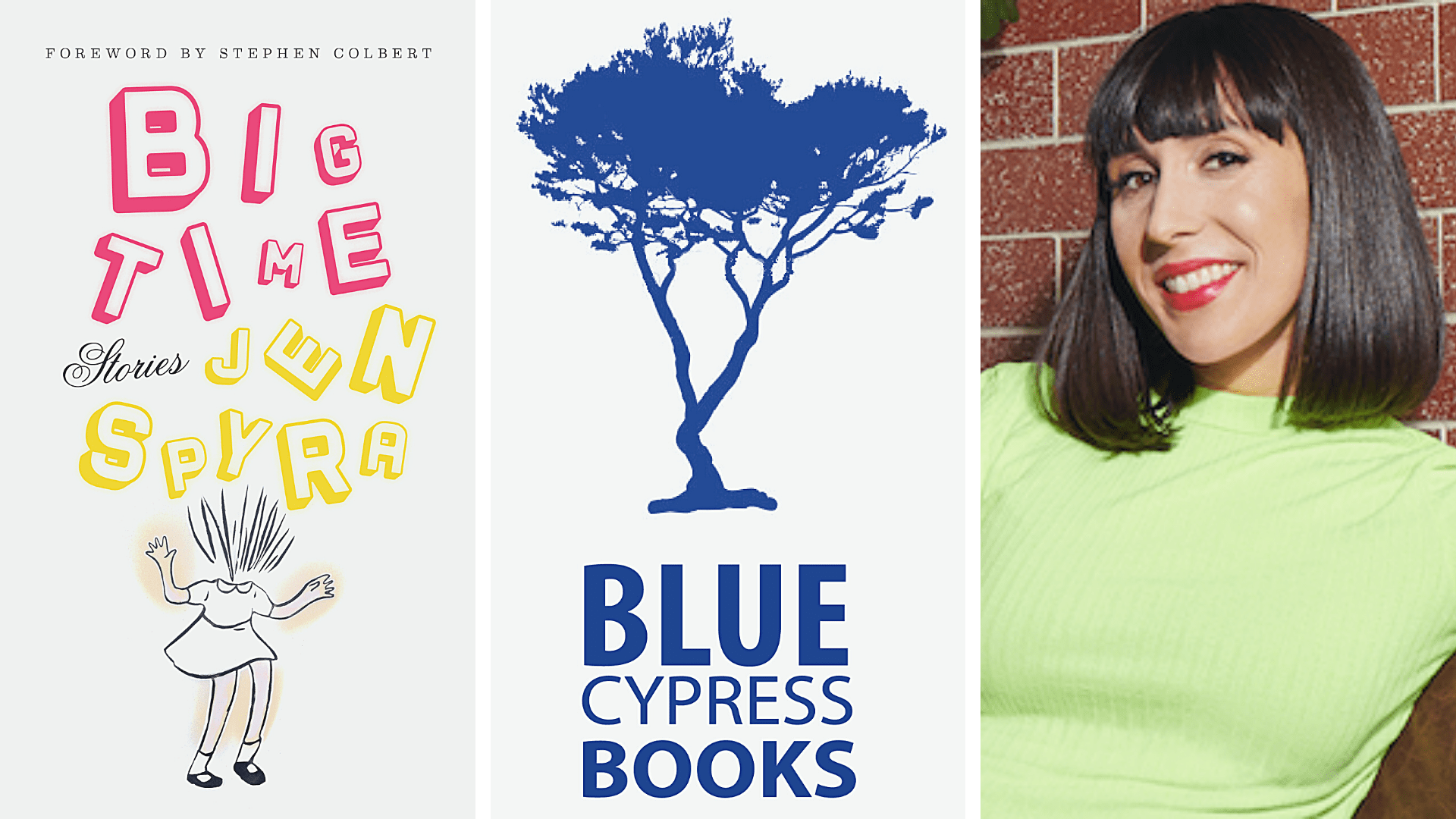 Join us Friday, May 14th from 2 pm – 3:30 pm in front our shop for a socially-distant sidewalk signing! Jen Spyra will be signing her debut short story collection, “Big Time”.

A bride so desperate to get in shape for her wedding that she enrolls in a new kind of workout program that promises the moon but costs more than she bargained for. A snowman who, on the wish of a child, comes to life in a decidedly less savory way than in the childhood classic. And in the title story, a time-hopping 1940s starlet tries to claw her way to the top in modern-day Hollywood, despite being ridiculously unwoke.

In this uproarious, addictive debut, Jen Spyra takes a culture that seems almost beyond parody and holds it up to a funhouse mirror, immersing the reader in a world of prehistoric influencers, woodland creatures plagued by millennial neuroses, and an all-out birthday bash determined to be the most lavish celebration of all time, by any means necessary.

Welcome, brave soul, to the world of Jen Spyra.

Jen Spyra is a former staff writer for The Late Show with Stephen Colbert and The Onion. Her writing has appeared in The New Yorker, The New York Times, McSweeney’s, and elsewhere. She lives in New York City. Big Time is her first book.