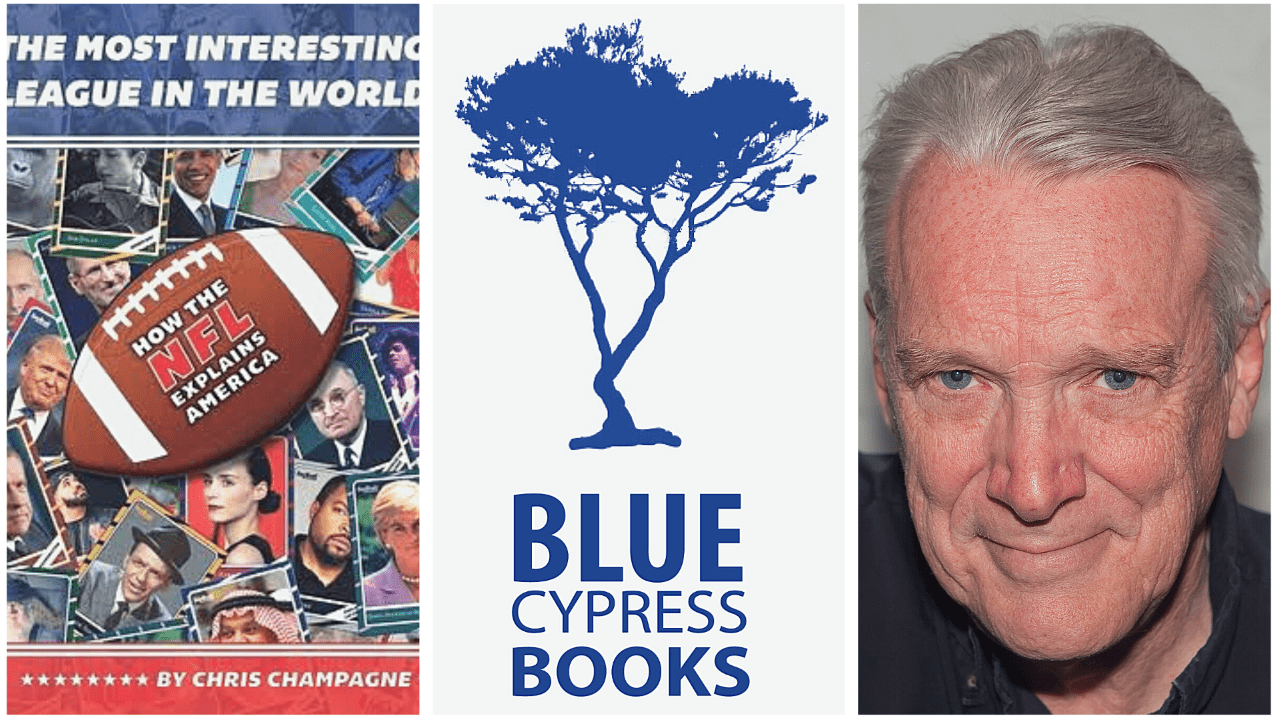 Join us Saturday, February 6th from 2 pm – 4 pm in front our shop for a socially-distant sidewalk book signing! Chris Champagne will be signing his book, The Most Interesting League in the World!
Masks required.

YES, In THE MOST INTERESTING LEAGUE IN THE WORLD you’ll find stories linking this eclectic group to the NFL in surprising and interesting ways.
And a few cameo appearances by Queen Elizabeth, Pope Francis, Muahammad Ali among others in this unique look at the history of the National Football League. What connects Bob Dylan and the Green Bay Packers? Which former NFL coach is the subject of an opera? What is Steve Jobs enduring connection to every Super Bowl? What does Blind Sheikh Omar have to do with the Kansas City Chiefs? And how did a former NFL player contribute to the popularity of the Chinese National Anthem?
These questions are answered in THE MOST INTERESTING LEAGUE IN THE WORLD
Chris Champagne is a writer, performer, poet, comedian, political satirist, radio show host, and columnist. Chris is the author of the poetry book, Roach Opera (Portals Press, 2007), The Yat Dictionary (Lavender Ink, 2013), and Secret New Orleans (Jonglez Publishing, 2017). His family on both sides has resided in New Orleans continuously since the first half of the 18th century.
+ Add to Google Calendar+ Add to iCalendar