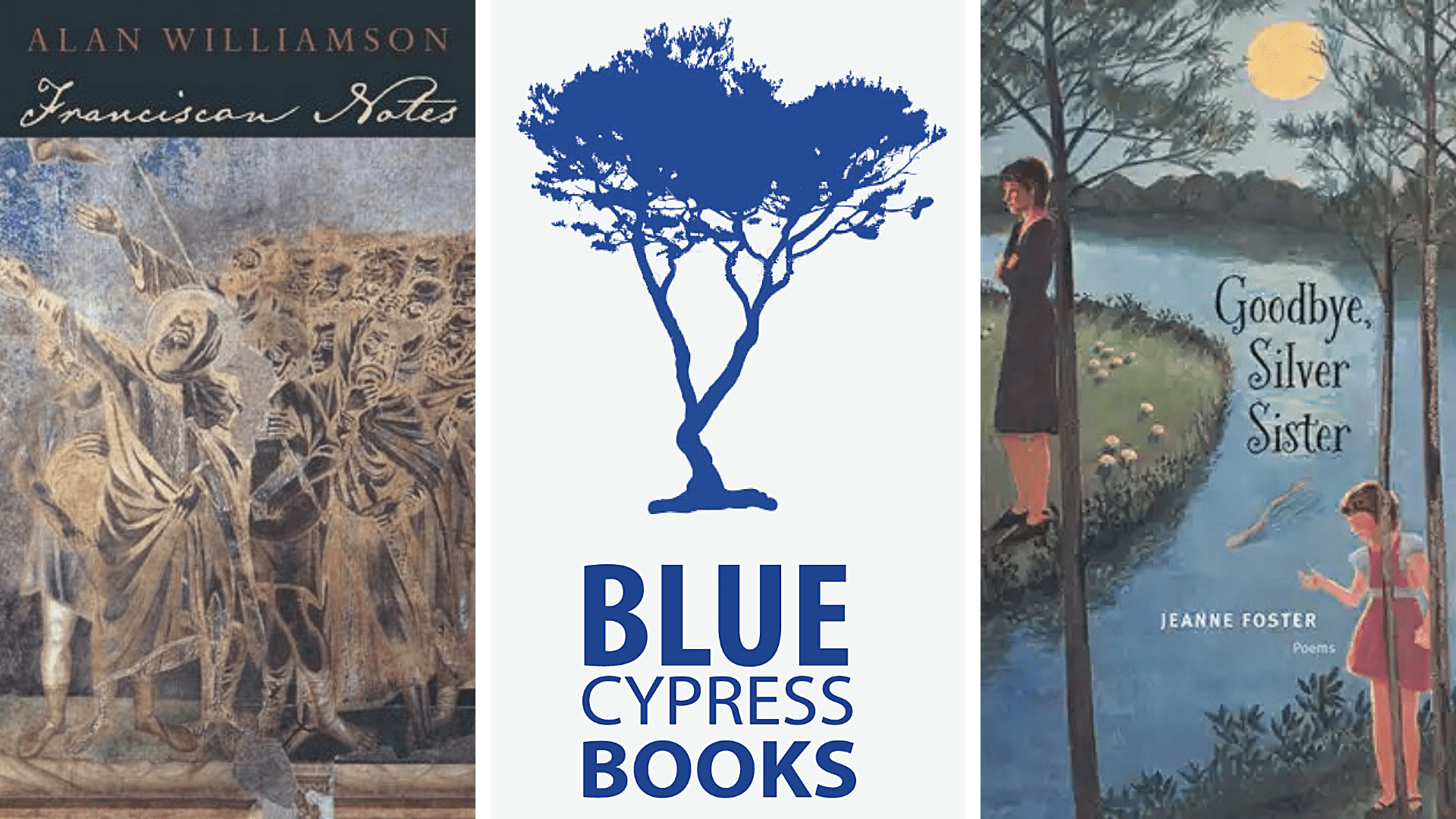 Join us Sunday, November 14th starting at 4:30 pm for a poetry reading featuring Jeanne Foster and Alan Williamson. Both poets will read selections from their published collections. A book signing will follow.

Please RSVP here if you plan to attend as we have a limited number of spaces. Vaccination cards will be required for entry to the event and masks must be worn while in attendance.

Jeanne Foster grew up in New Orleans. She graduated from Newcomb College of Tulane University. She lives now in Berkeley CA, where she is Professor Emerita at Saint Mary College of California. She is also a Unitarian Universalist minister. Her poems have appeared in numerous journals; among them are Hudson Review, The Southern Review, APR, Narrative Magazine, Paris Review. Her first poetry book, A Blessing of Safe Travel, won the Quarterly Review of Literature Poetry Award. Of her latest book of poems, Goodbye, Silver Sister (Northwestern University Press), Richard Tillinghast writes “Foster’s poems are transgressive, hinting at forbidden areas of life in a very Southern, very New Orleanian way… ‘Ashes’ is positively shocking. Tennessee Williams, another transgressive resident of New Orleans, would have applauded.” Among her other books are Appetite: Food as Metaphor (BOA), an anthology of poems by women, and a critical work, A Music of Grace: the Sacred in Contemporary American Poetry, which asks the question, Is there still sacred ground to stand on? She is co-translator with Alan Williamson of The Living Theatre: Selected Poems of Bianca Tarozzi (BOA), which won the Northern California Book Award for Poetry in Translation. She has received grants from New York State Creative Artists Public Service (CAPS) Foundation, MacDowell Colony, Saint Lawrence Foundation, and Lannan Foundation, and is a former Poet-in-Residence at Tulane.