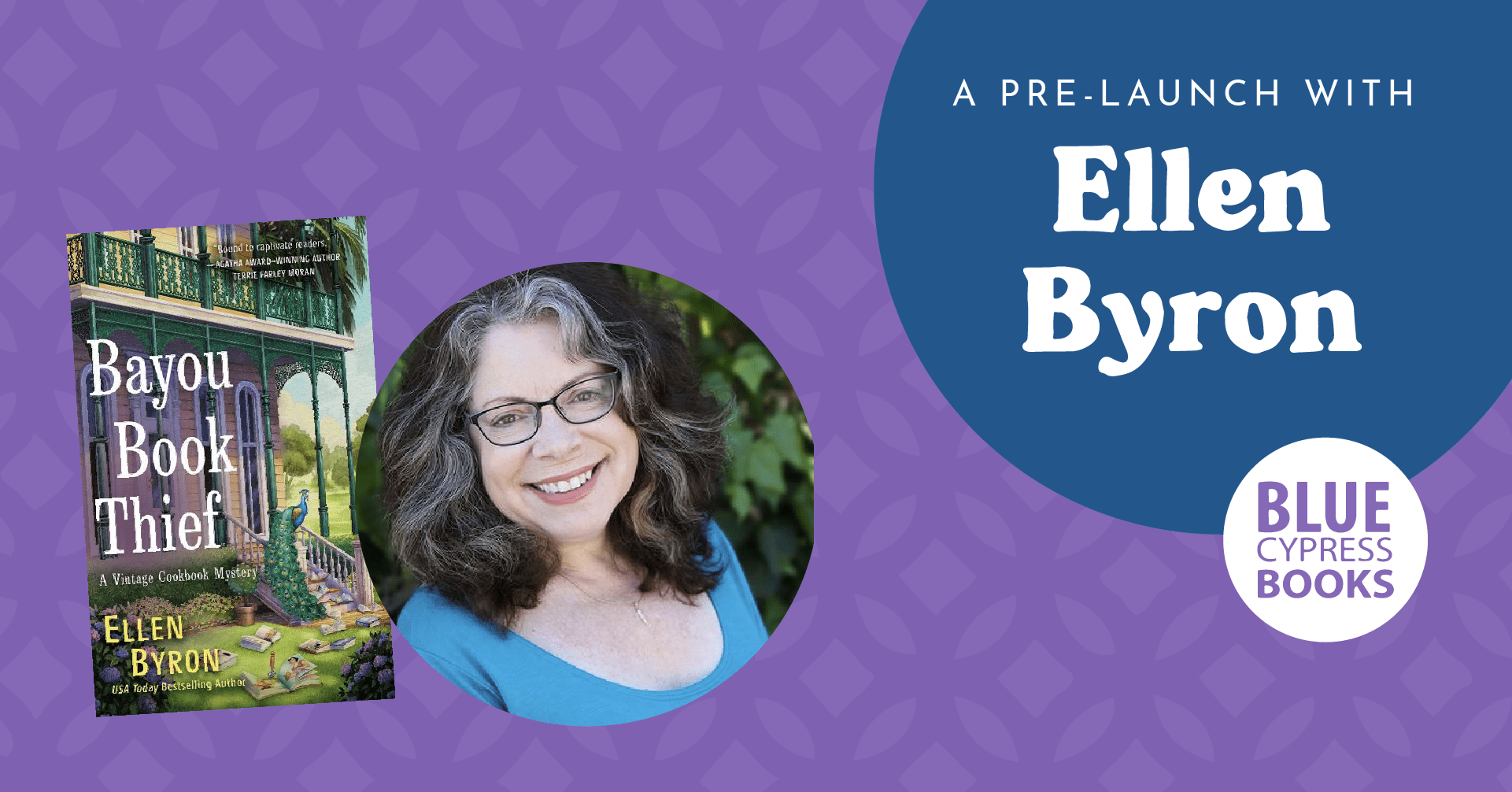 Tickets are $8.99 and include your signed copy of Bayou Book Thief.

Twenty-eight-year-old widow Ricki James leaves Los Angeles to start a new life in New Orleans after her showboating actor husband perishes doing a stupid internet stunt. The Big Easy is where she was born and adopted by the NICU nurse who cared for her after Ricki’s teen mother disappeared from the hospital.

Ricki’s career dream comes true when she joins the quirky staff running Bon Vee Culinary House Museum, the spectacular former Garden District home of late bon vivant Genevieve “Vee” Charbonnet, one of the city’s most legendary restauranteurs. The mansion, built in 1867, has recently been opened to the public as an historical site. Ricki is excited about turning her avocation – collecting vintage cookbooks – into a vocation by launching the house museum’s gift shop, Miss Vee’s Vintage Cookbooks and Kitchenware, where she’ll sell the cookbooks along with unique kitchenware. In her free time, she’ll hunt for the birth parents she never knew. But when murder bedevils the site, Ricki suddenly finds herself thrust into the role of amateur sleuth, putting to use the observational skills she’s developed ferreting out hidden vintage treasures.

Will Miss Vee’s Vintage Cookbooks and Kitchenware be a success… or given some of the Crescent City’s nefarious denizens, a recipe for disaster?

Each book will include recipes inspired by Ellen’s personal collection of Vintage Cookbooks!

Ellen is an award-winning playwright, and non-award-winning TV writer of comedies like Wings, Just Shoot Me, and Fairly Odd Parents. She has written over two hundred articles for national magazines but considers her most impressive credit working as a cater-waiter for Martha Stewart. She blogs with Chicks on the Case, is a lifetime member of the Writers Guild of America, and will be the 2023 Left Coast Crime Toastmaster.