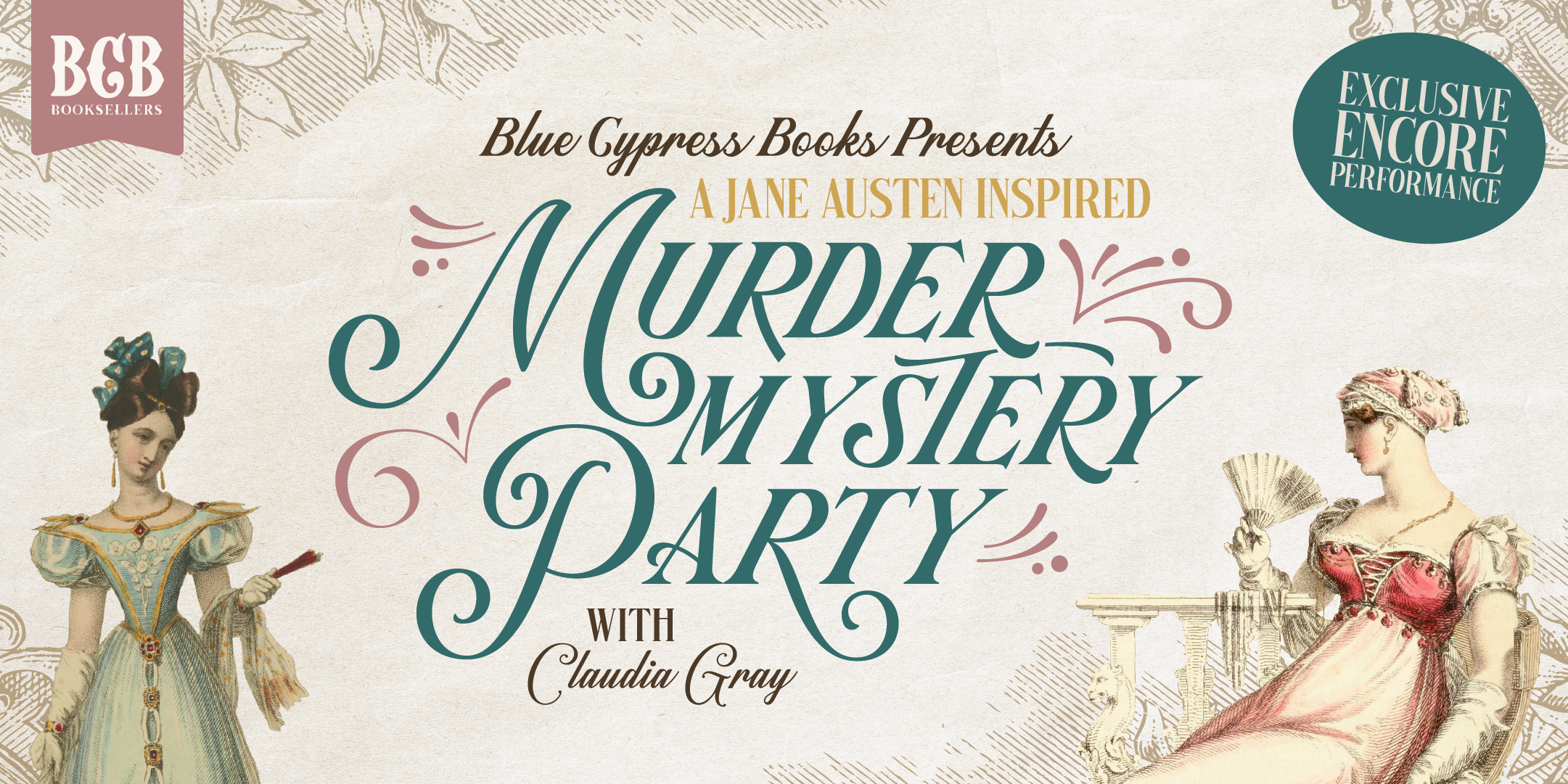 Join us Tuesday, January17th at 6:30pm for an exclusive encore performance of our Jane Austen Inspired Murder Mystery Party with Claudia Gray, author of The Murder of Mr. Wickham!

Tickets are $30 and include a signed copy of The Murder of Mr. Wickham, refreshments, and an escape-room style murder mystery produced by Killer Theater New Orleans Murder Mystery Experiences. Costumes are encouraged!

Tickets are limited, so grab them while you can!

“Had Jane Austen sat down to write a country house murder mystery, this is exactly the book she would have written.” —Alexander McCall Smith

The happily married Mr. Knightley and Emma are throwing a party at their country estate, bringing together distant relatives and new acquaintances—characters beloved by Jane Austen fans. Definitely not invited is Mr. Wickham, whose latest financial scheme has netted him an even broader array of enemies. As tempers flare and secrets are revealed, it’s clear that everyone would be happier if Mr. Wickham got his comeuppance. Yet they’re all shocked when Wickham turns up murdered—except, of course, for the killer hidden in their midst.

Nearly everyone at the house party is a suspect, so it falls to the party’s two youngest guests to solve the mystery: Juliet Tilney, the smart and resourceful daughter of Catherine and Henry, eager for adventure beyond Northanger Abbey; and Jonathan Darcy, the Darcys’ eldest son, whose adherence to propriety makes his father seem almost relaxed. In this tantalizing fusion of Austen and Christie, from New York Times bestselling author Claudia Gray, the unlikely pair must put aside their own poor first impressions and uncover the guilty party—before an innocent person is sentenced to hang.

Claudia Gray is the pseudonym of Amy Vincent. She is the writer of multiple young adult novels, including the Evernight series, the Firebird trilogy and the Constellation trilogy. In addition, she’s written several Star Wars novels, such as Lost Stars and Bloodline. Her debut adult historical mystery, The Murder of Mr. Wickham, released in May 2022. She makes her home in New Orleans with her husband Paul and assorted small dogs. You can keep up with her latest releases, thoughts on writing and various pop-culture musings via Twitter, Tumblr, Pinterest, GoodReads, Instagram or (of course) my own home page.