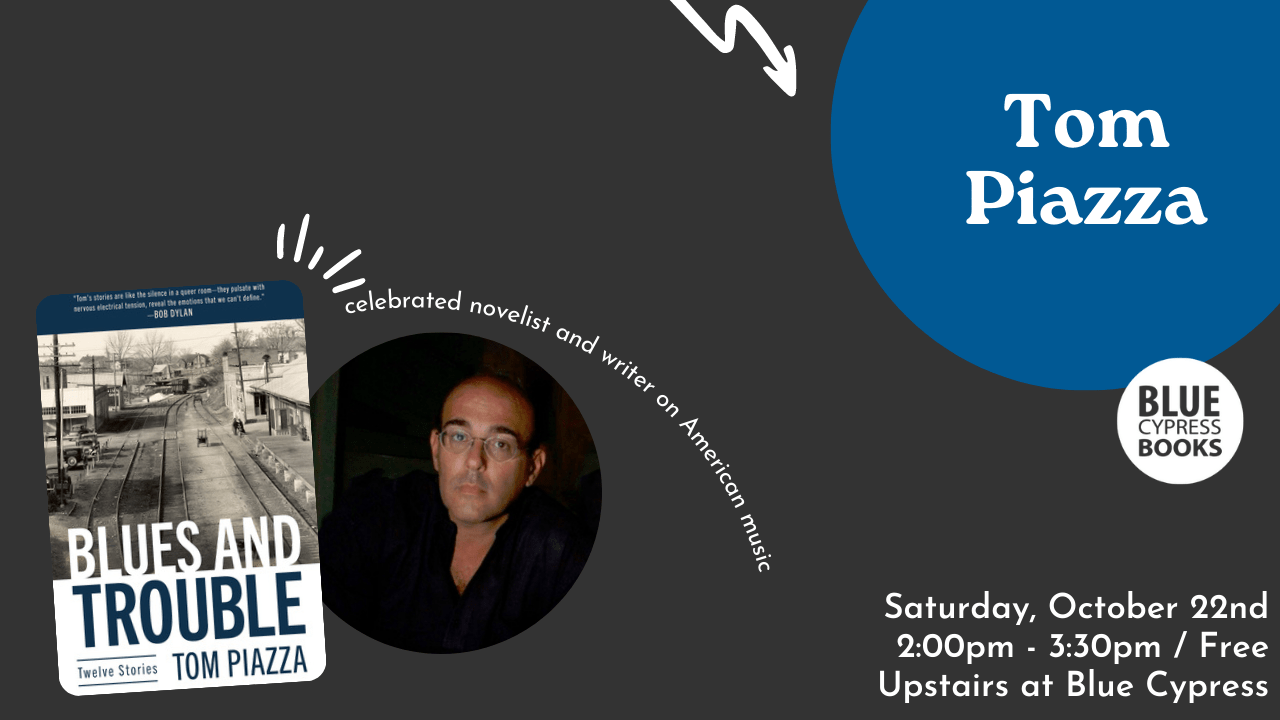 Join us Saturday, October 22nd from 2:00 – 3:30 pm when we will have Tom Piazza signing the reissue of Blues and Trouble!

Tom Piazza’s short story collection Blues and Trouble is the debut of an exciting and original new presence in American fiction. Set in Memphis, Florida, New York, New Orleans, and elsewhere, these twelve stories echo voices from Ernest Hemingway to Robert Johnson to Jimmie Rodgers in their powerful imagery and keen eye for the truth.

Tom Piazza is celebrated as a novelist and a writer on American music. His twelve books include the novels A Free State and City Of Refuge, the post-Katrina manifesto Why New Orleans Matters, and the essay collection Devil Sent The Rain. He was a principal writer for the innovative HBO drama series TREME, and the winner of a Grammy Award for his album notes to Martin Scorsese Presents The Blues: A Musical Journey. His writing has appeared in The New York Times, The Atlantic, Bookforum, The Oxford American, Columbia Journalism Review, and many other periodicals. He lives in New Orleans.