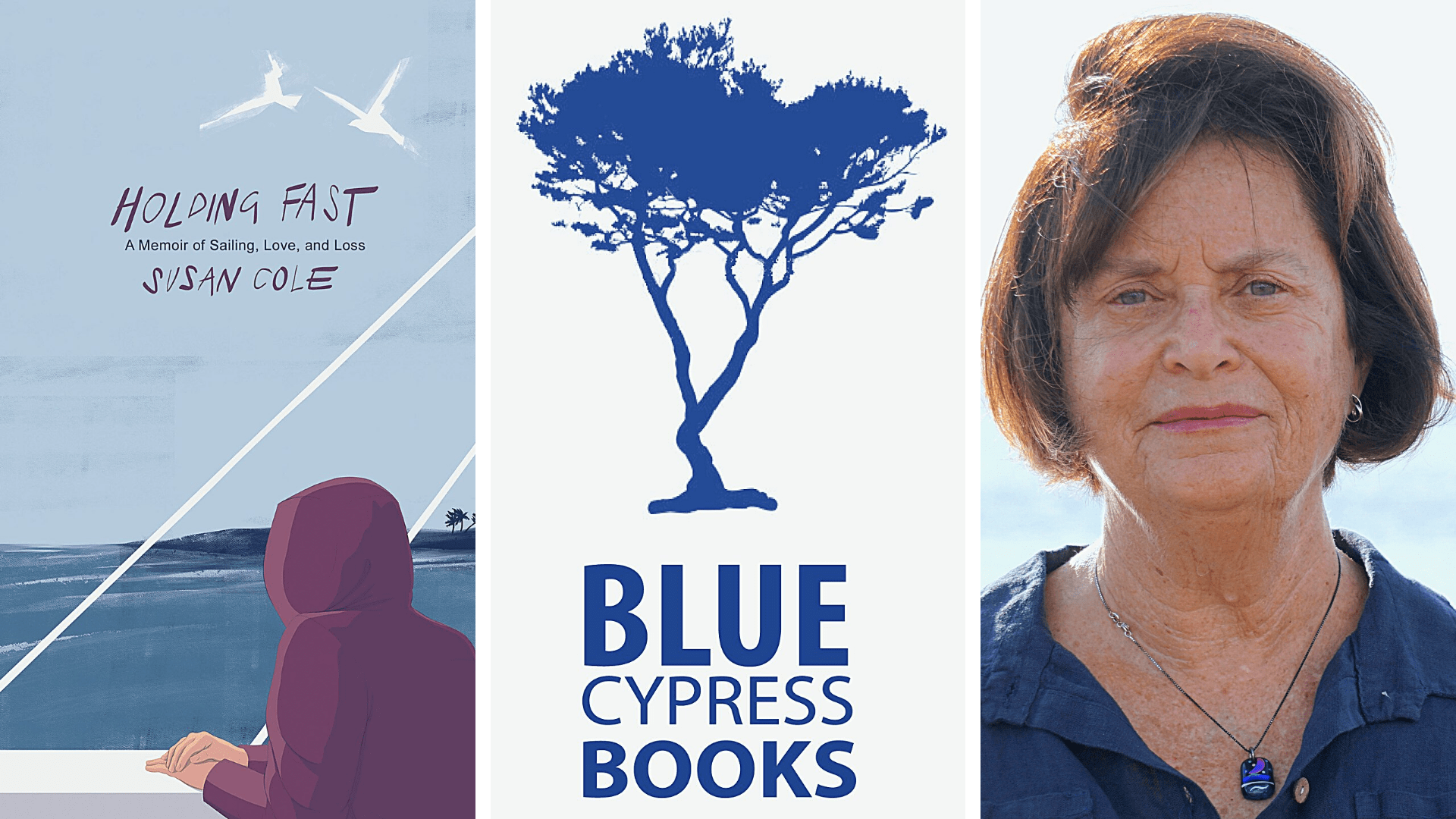 Join us on Tuesday, October 19th from 6 – 7:30 pm to celebrate the launch of Susan Cole’s memoir, Holding Fast: A Memoir of Sailing, Love and Loss. There will be a reading from the book, followed by a Q&A with the author and a signing.

Tickets are required and can be purchased here. Attendees must be properly masked and provide proof of vaccination at the door.

When Susan and John met in their twenties at work, they were each married to the wrong person. John dreamed of sailing away. Susan dreamed of settling down. She had never sailed before.

Their first home was a romantic, leaky 1903 ferryboat. It sank.

When their daughter was seven, they left their quaint Connecticut farmhouse behind, and sailed to the Caribbean. John had sailed his whole life but his experience was limited to weekend day-sails. They were terrified to sail in the dark.

Susan’s journey took her from the glitzy world of Madison Avenue advertising to riding out Hurricane Mitch, the largest hurricane on record at the time, on a sailboat in Guatemala. She hadn’t wanted to go in the first place, but ended up on a life-changing odyssey.

Years later, Susan’s life forever changed after John passed away, but the courage that she found when she stepped outside her comfort zone and sailed off stayed with her.

Susan Cole has lived on or around sailboats for more than thirty years. In between sails, she earned a B.A. at Barnard College, an M.A. at Columbia University, and for many years, ran a successful market research firm in New York. Her essays have appeared in literary journals and sailing magazines. Susan was born in Cleveland, Ohio. She has lived in New York, Connecticut, Florida, and Mexico; and now lives in New Orleans with her cat.