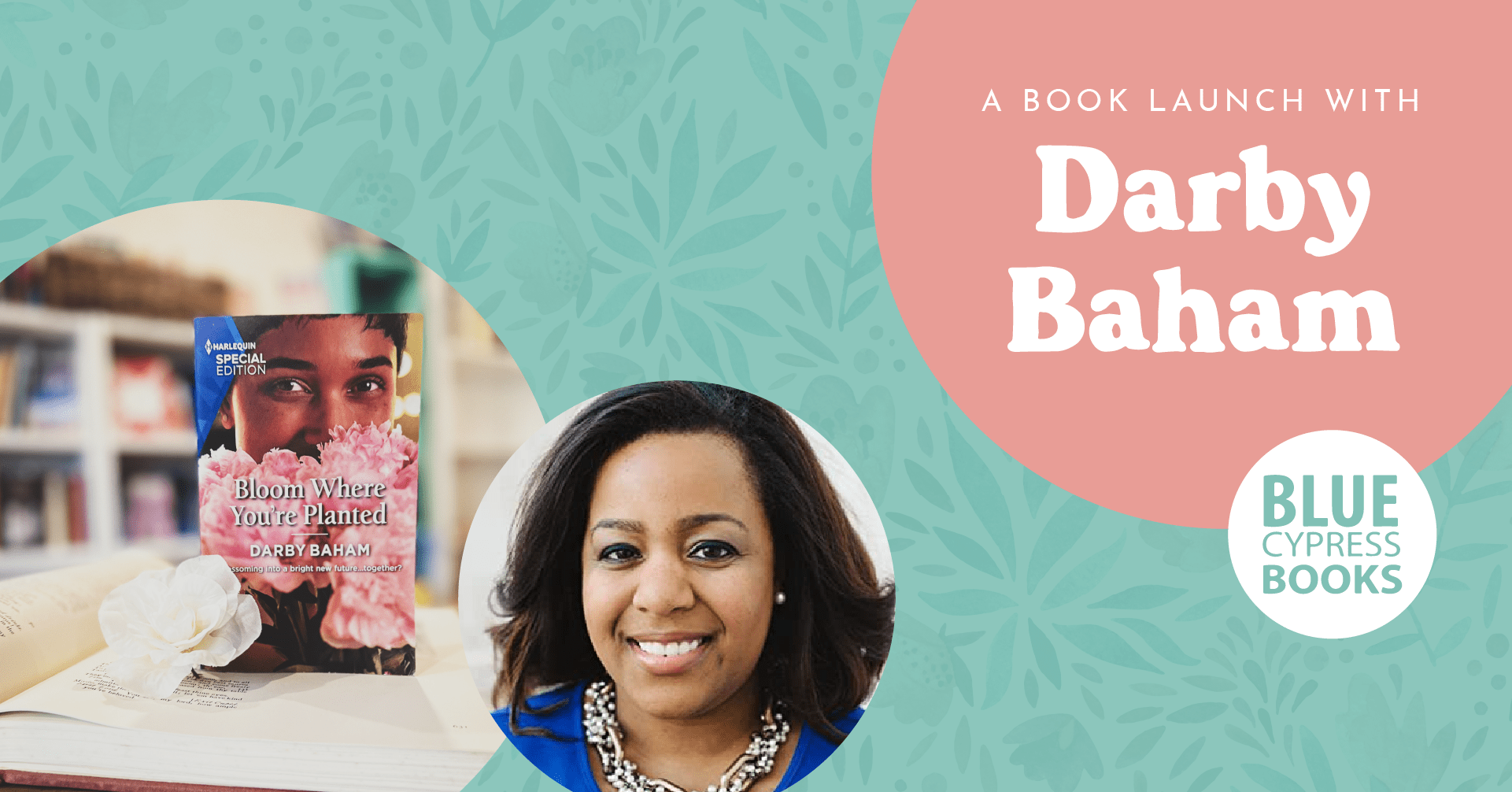 Join us Saturday, June 25th at 5 pm to celebrate the launch of Bloom Where You’re Planted by Darby Baham!

This event is free to attend. You can pre-order your signed copy of the book through the link below.

What happens when the first blush of love fades?

Jennifer Pritchett feels increasingly invisible and left behind as her friends move on to the next steps in their lives. As she goes to therapy to figure out how to bloom in her own right, her boyfriend, Nick Carrington, finds himself being the one left behind. Jennifer wants their relationship to have more intimacy, but he can’t help but feel like he’s being compared to others—and found wanting. Can they each get what they need out of this relationship? Or will the flowers shrivel up before they do?

Bloom Where You’re Planted is the second book in the mini-series, The Friendship Chronicles

Darby Baham (she/her) is an author with Harlequin Special Edition, a senior managing editor at a New York City non-profit, and someone who probably has a shoe addiction. She’s had personal blog posts that have appeared in the Washington Post’s relationship vertical and worked in the communications industry for more than two decades. In 2020, the New Orleans, LA native and lover of big laughs signed a three-book deal with Harlequin Special Edition; the series follows a group of college friends and where they land in work, friendship, and love years later. Her debut novel, The Shoe Diaries, was released on January 25, 2022.