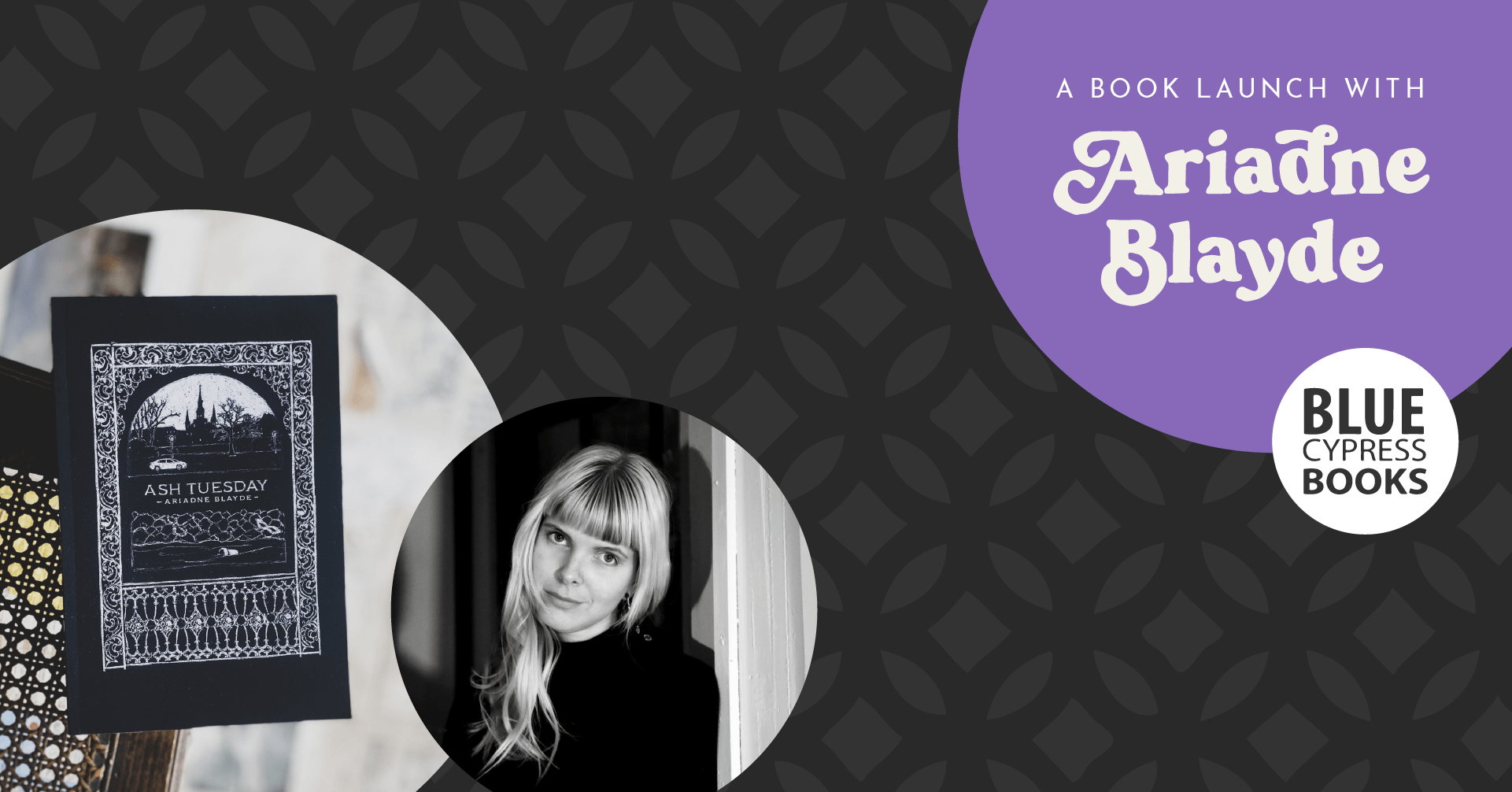 Tickets are $17.99 and include your signed copy of Ash Tuesday. Masks and proof of vaccination are required for entry.

In New Orleans, the dead talk and the living listen.

Giving ghost tours on the decaying streets of the French Quarter isn’t exactly a high-profile career, but the guides at Spirits of Yore Haunted Tours are too strange and troubled to do anything else. They call themselves Quarter Rats, a group of outcasts and dreamers and goths who gather in hole-in-the-wall bars to bicker, spin yarns, and search for belonging in the wee hours of the night after the tourists have staggered home.

Through the ghost stories they tell, their own haunted lives come into focus. Like the city they call home, these tour guides are messy with contradiction: they suffer joyfully, live morbidly, and sin to find salvation.

Weaving together real New Orleans folklore with the lives of eleven unforgettably vibrant characters, Ash Tuesday is a love letter to America’s last true bohemia and the people, both dead and living, who keep its heart beating.

“There’s something about New Orleans. Maybe you can trace it to Latin America or the Caribbean or maybe not, maybe you can’t define it at all. The divine? The diabolical? I don’t know what to call it. But there’s magic, here.”

Ariadne Blayde is an award-winning playwright and fiction writer. Her play “The Other Room” won the VSA Playwright Discovery Award and has had more than 300 productions around the world, and her fiction has been published in Parhelion Literary Magazine, the Fountain Magazine, and various anthologies. Ariadne lives in New Orleans and moonlights as a ghost tour guide in the French Quarter.