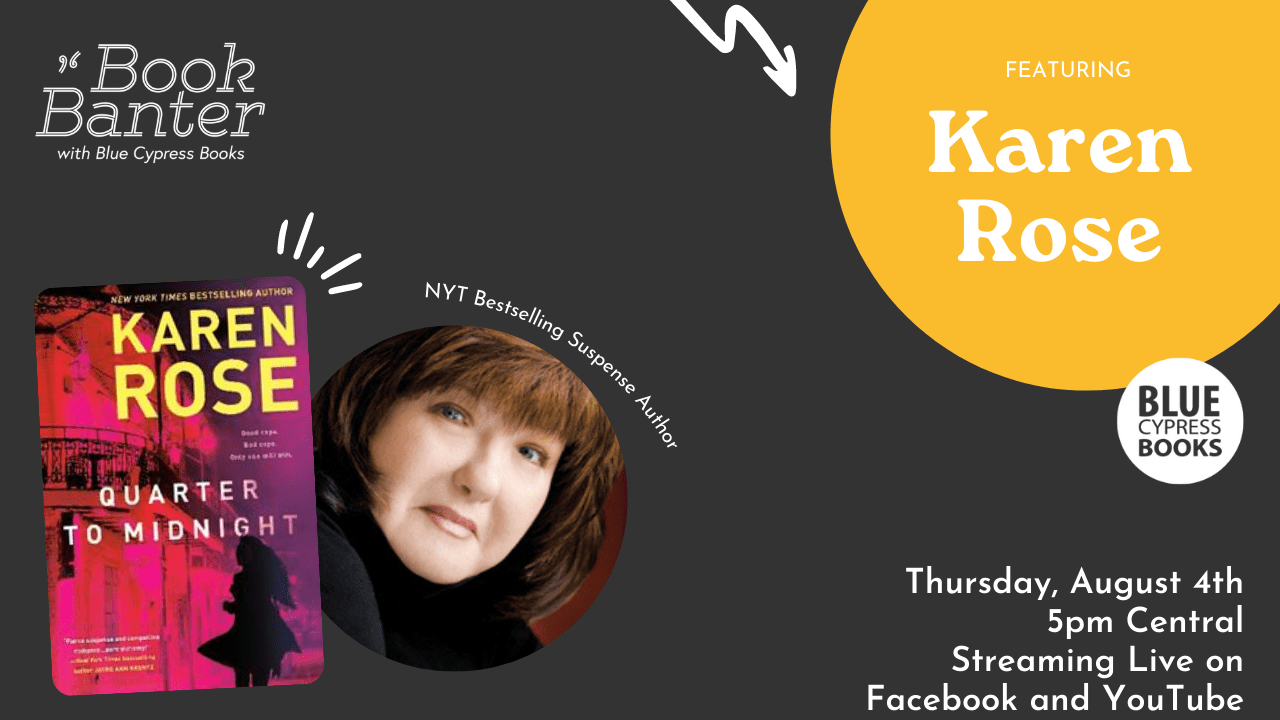 We are thrilled to welcome internationally bestselling author Karen Rose to Book Banter!
Book Banter is a fun, interactive (you can ask questions and we will answer them during the event), event that streams live .
Join the conversation on Facebook or YouTube!

Discover New York Times and USA Today bestselling author Karen Rose’s brand-new series set in the sultry city of New Orleans and featuring a tough team of high-end private investigators who are after justice—no matter what they have to do to get it. Good cops. Bad cops. Only one will win.

Internationally bestselling author Karen Rose was born and raised in the Maryland suburbs of Washington, DC. She met her husband, Martin, on a blind date when they were seventeen and after they both graduated from the University of Maryland, (Karen with a degree in Chemical Engineering) they moved to Cincinnati, Ohio. Karen worked as an engineer for a large consumer goods company, earning two patents, but as Karen says, “scenes were roiling in my head and I couldn’t concentrate on my job so I started writing them down. I started out writing for fun, and soon found I was hooked.”
Her debut suspense novel, DON’T TELL, was released in July, 2003. Since then, she has published more than fifteen novels and two novellas. Her twenty-sixth novel, QUARTER TO MIDNIGHT, will be released in 2022.
Karen’s books have appeared on the bestseller lists of the New York Times, USA Today, London’s Sunday Times, and Germany’s der Spiegel (#1), and the Irish Times, as well as lists in South Africa(#1) and Australia! To date, her books have been translated into more than twenty languages.
​​
A former high school teacher of chemistry and physics, Karen lives in Florida with her husband of more than thirty years.
+ Add to Google Calendar+ Add to iCalendar