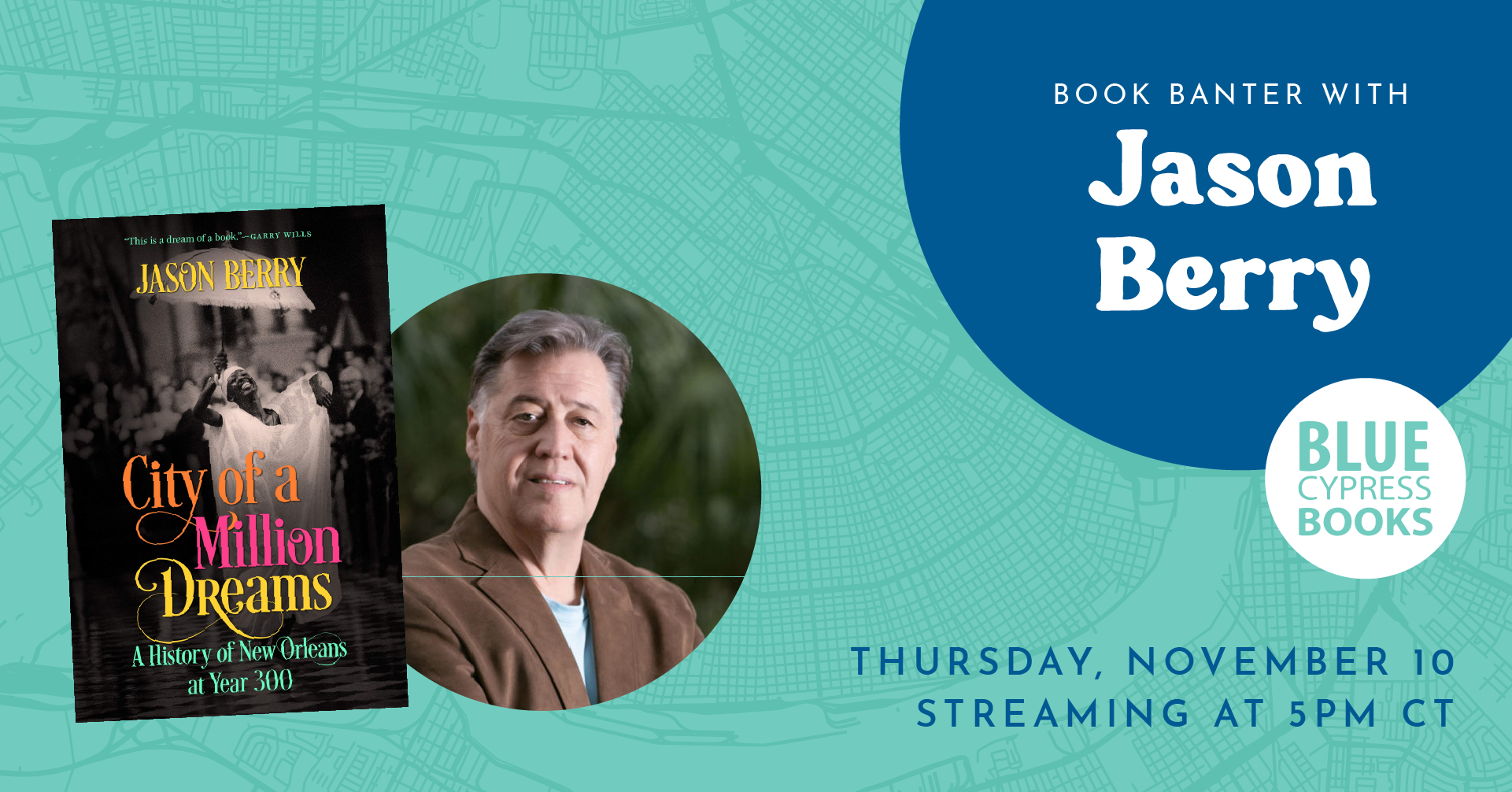 We are thrilled to welcome horror author Jason Berry to Book Banter!
Book Banter is a fun, interactive (you can ask questions and we will answer them during the event), event that streams live. Join the conversation on Facebook or YouTube!

I devoured this book. Jason Berry has a profound understanding of the main ingredients of New Orleans history: race, religion, and music. In this fascinating work, he weaves them together in a luscious, multicolored tapestry of the town’s 300 years. Like a wonderful piece of jazz, it has recurring strands and lovely riffs that make the narrative dance. — Walter Isaacson

In City of a Million Dreams, Jason Berry delivers a character-driven history of New Orleans at its tricentennial. Chronicling cycles of invention, struggle, death, and rebirth, Berry reveals the city’s survival as a triumph of diversity, its map-of-the-world neighborhoods marked by resilience despite hurricanes, epidemics, fires, and floods.

Berry orchestrates a parade of vibrant personalities, from the founder Bienville, a warrior emblazoned with snake tattoos; to Governor William C. C. Claiborne, General Andrew Jackson, and Pere Antoine, an influential priest and secret agent of the Inquisition; Sister Gertrude Morgan, a street evangelist and visionary artist of the 1960s; and Michael White, the famous clarinetist who remade his life after losing everything in Hurricane Katrina. The textured profiles of this extraordinary cast furnish a dramatic narrative of the beloved city, famous the world over for mysterious rituals as people dance when they bury their dead.

Jason Berry is an investigative reporter, author and film director based in New Orleans. City of a Million Dreams: A History of New Orleans at Year 300 (2018) is Jason Berry’s tenth book, and the basis for a companion film documentary by the same name.