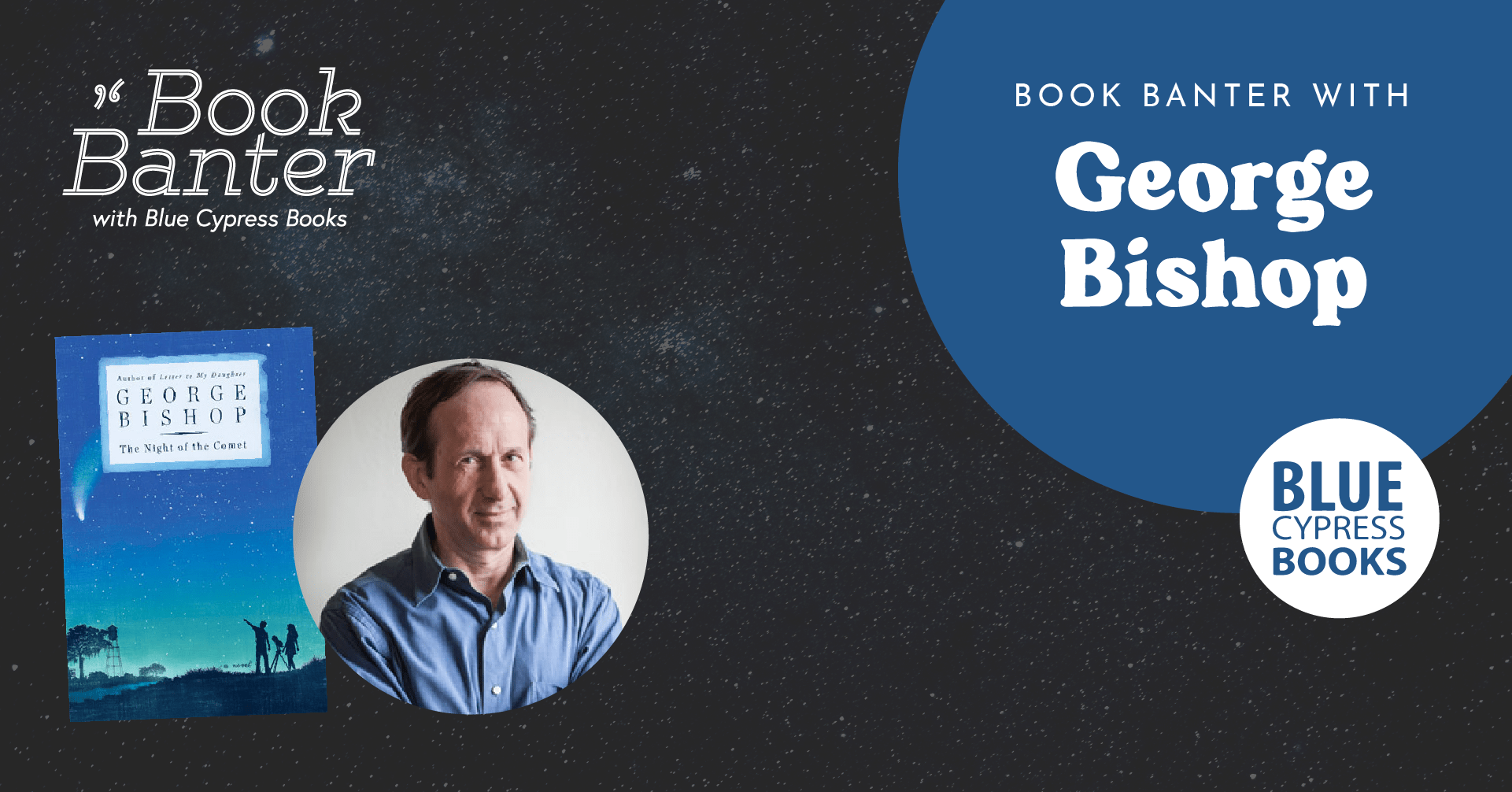 We are excited to welcome author George Bishop, Jr. to Book Banter!

Book Banter is a free, fun, interactive (you can ask questions and we will answer them during the event), event that streams live right here on Facebook. Join the conversation!

George Bishop, Jr., graduated with honors in English Literature and Communications from Loyola University in New Orleans before moving to Los Angeles to become an actor. After eight years of commercials, stage plays, guest starring roles in TV sitcoms, and the lead in a dismal B-movie called Teen Vamp, he traveled overseas as a volunteer English teacher to Czechoslovakia.

He enjoyed the ex-pat life so much that he stayed on, living and teaching in Turkey and Indonesia before returning to the states to earn his MFA in Creative Writing at the University of North Carolina at Wilmington, where he won the Award of Excellence for a collection of stories.

After several years of teaching at UNC Wilmington, he moved back overseas, first on a fellowship with the Open Society Institute in Azerbaijan, then with the US State Department’s Office of English Language Programs in India. He last taught with a University of Montana program at Toyo University in Tokyo. George makes his home now in New Orleans, where he writes, tends to his 150-year-old shotgun house, and plays jazz drums.

His stories and essays have appeared in The Oxford American, Third Coast, Press, American Writing, and The Turkish Daily News, among others.

His first novel, LETTER TO MY DAUGHTER, was published by Ballantine Books in 2010. THE NIGHT OF THE COMET appeared in fall 2013, also with Ballantine. It has received widespread praise since its release, with glowing reviews in People, The New York Post, Kirkus Reviews, Shelf Awareness, and Publishers Weekly. It was a featured selection in Reuters “Book Talk” column, and was chosen as the September book of the month for National Public Radio’s “The Radio Reader.”

THE NIGHT OF THE COMET was named one of the “Best Books of 2013” by Kirkus Reviews.