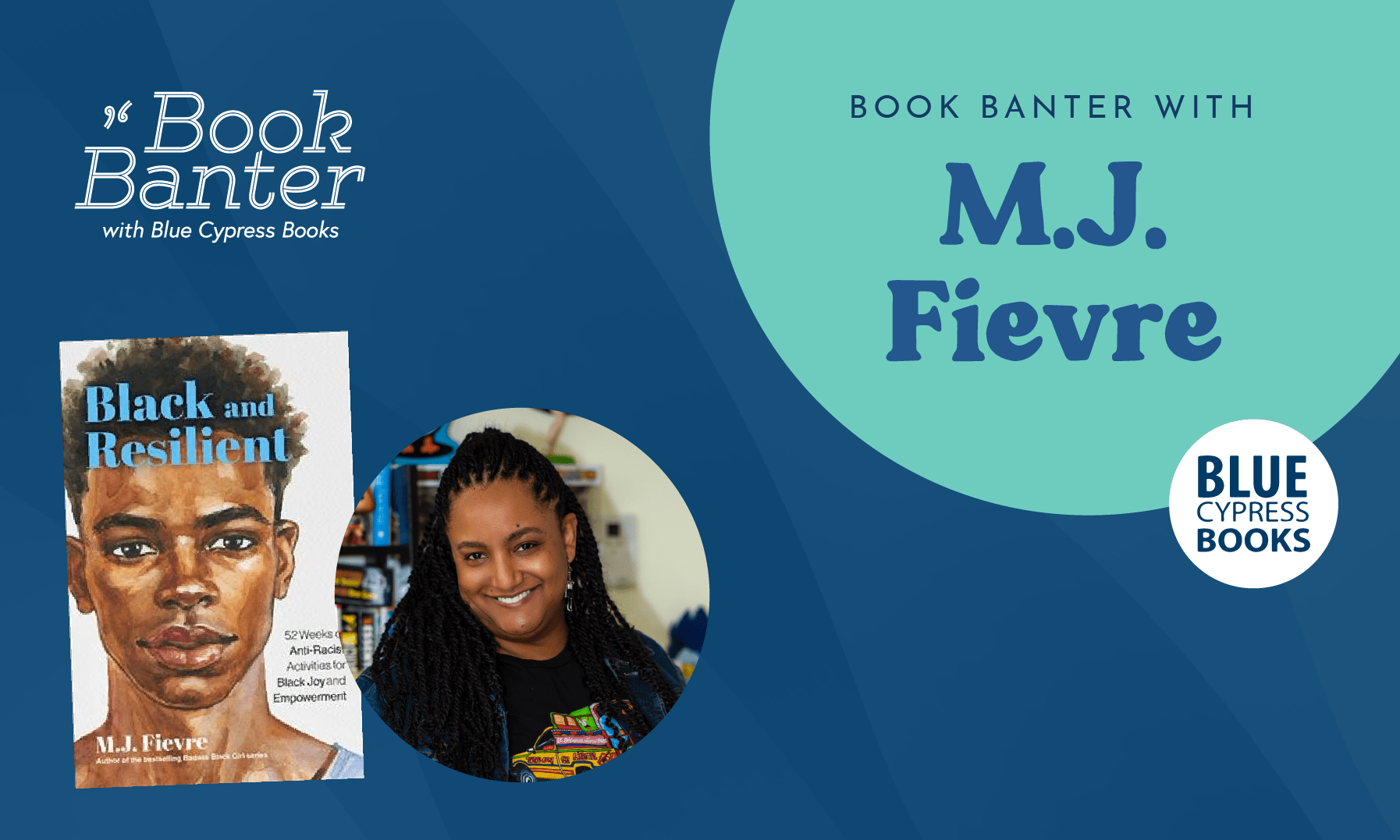 We are excited to welcome M.J. Fievre to Book Banter!

Book Banter is a fun, interactive (you can ask questions and we will answer them during the event), event that streams live. Join the conversation on Facebook or YouTube!

Born in Port-au-Prince, Haiti, M.J. Fievre moved to the United States in 2002.  She currently writes from Winter Garden, FL.

M.J.’s publishing career began as a teenager in Haiti. At nineteen years-old, she signed her first book contract with Hachette-Deschamps, in Haiti, for the publication of a Young Adult book titled La Statuette Maléfique. Since then, M.J. has authored nine books in French that are widely read in Europe and the French Antilles. In 2013, One Moore Book released M.J.’s first children’s book, I Am Riding, written in three languages: English, French, and Haitian Creole. In 2015, Beating Windward Press published M.J.’s memoir, A Sky the Color of Chaos, about her childhood in Haiti during the brutal regime of Jean-Bertrand Aristide.

M.J. Fievre is the author of the Badass Black Girl series. She helps others write their way through trauma, build community and create social change. She works with veterans, disenfranchised youth, cancer patients and survivors, victims of domestic and sexual violence, minorities, the elderly, those with chronic illness or going through transition and any underserved population in need of writing as a form of therapy—even if they don’t realize that they need writing or therapy.

Black and Resilient, which offers 52 weeks of anti-racist activities for Black joy, is the first of such books she has written fills a gap in the book market for Black teen males growing up and learning how to navigate an often racially charged political climate. Following that, she has written a book titled Walk Boldly, which draws on inspiration from successful Black male figures and serves as an empowerment toolkit for Black male teens which will be released June 14, 2022.