An Evening with Maurice Ruffin and Friends 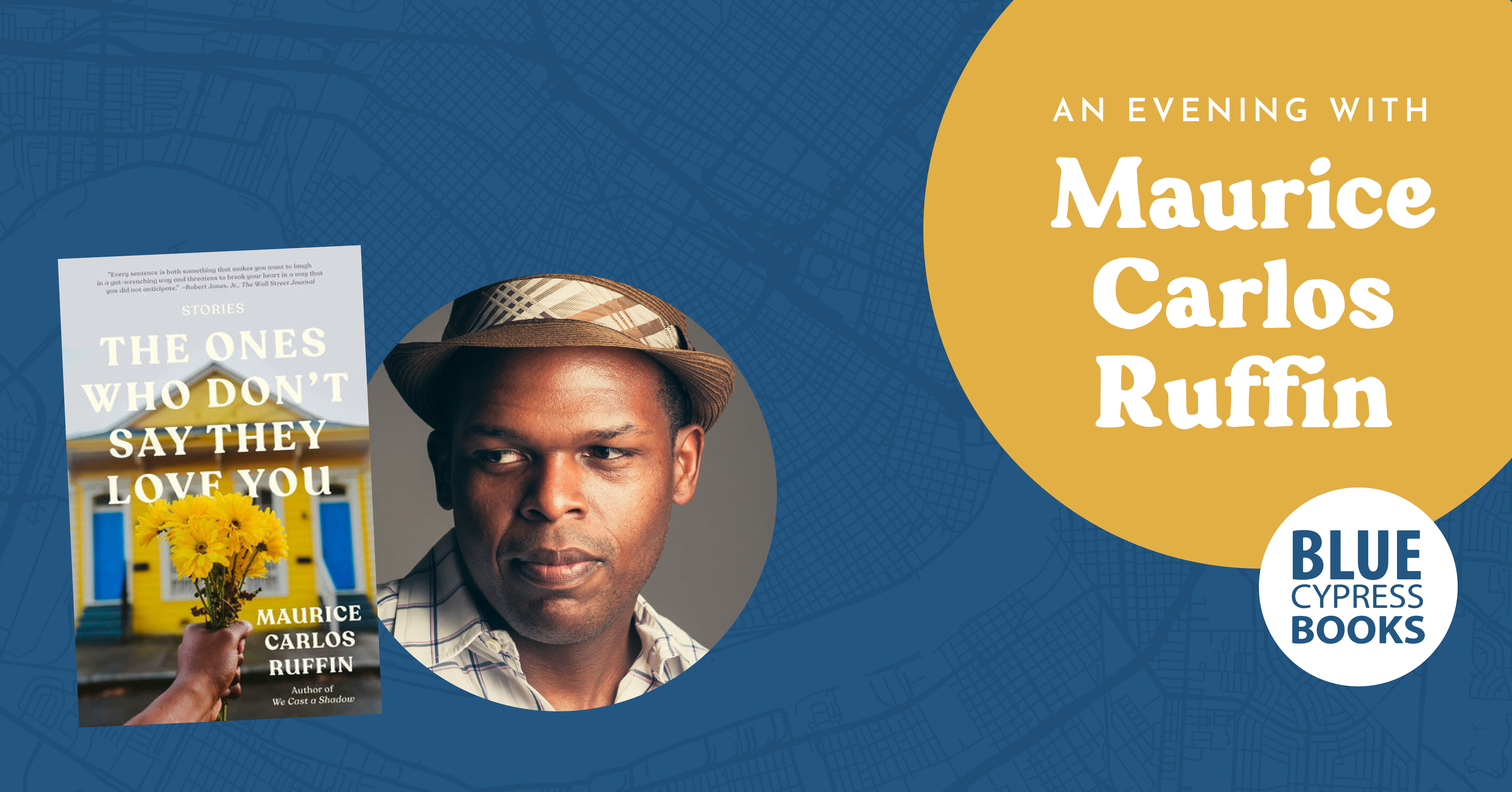 Join us for an evening with Maurice Carlos Ruffin and friends to celebrate the paperback release of his book, The Ones Who Don’t Say They Love You: Stories. We’re hosting the event at The Orange Couch, the coffee shop where Maurice spent hours writing his novel, We Cast a Shadow.

Maurice and other local writers will read from their works followed by a Q&A and the opportunity to chat with the authors and get your books signed.

There’s no cover for the event, and we’ll have Maurice’s books available to buy at the door. If you’d like to reserve a copy, buy the book through our website and let us know in the order notes if you’d like to pick up at the shop or at the event.

📖 Maurice Carlos Ruffin has an uncanny ability to reveal the hidden corners of a place we thought we knew. These perspectival, character-driven stories center on the margins and are deeply rooted in New Orleanian culture. They’re intimate invitations to hear, witness, and imagine lives at once regional but largely universal, and undeniably New Orleanian.

⭐ “Every sentence is both something that makes you want to laugh in a gut-wrenching way and threatens to break your heart in a way that you did not anticipate.”—Robert Jones, Jr., author of The Prophets

Maurice Carlos Ruffin is the author of The Ones Who Don’t Say They Love You, which was published by One World Random House in August 2021. It was a New York Times Editor’s Choice, a finalist for the Ernest J. Gaines Award for Literary Excellence, and longlisted for the Story Prize. His first book, We Cast a Shadow, was a finalist for the PEN/Faulkner Award, the Dayton Literary Peace Prize, and the PEN America Open Book Prize. It was longlisted for the 2021 DUBLIN Literary Award, the Center for Fiction Prize, and the Aspen Words Literary Prize. The novel was also a New York Times Editor’s Choice. Ruffin is the winner of several literary prizes, including the Iowa Review Award in fiction and the William Faulkner–William Wisdom Creative Writing Competition Award for Novel-in-Progress. His work has appeared in the New York Times, the LA Times, the Oxford American, Garden & Gun, Kenyon Review, and Four Hundred Souls: A Community History of African America. A New Orleans native, Ruffin is a professor of Creative Writing at Louisiana State University, and the 2020-2021 John and Renee Grisham Writer-in-Residence at the University of Mississippi. Ruffin is the 2022 Grand Marshal of the Mardi Gras Krewe of House Floats.
+ Add to Google Calendar+ Add to iCalendar