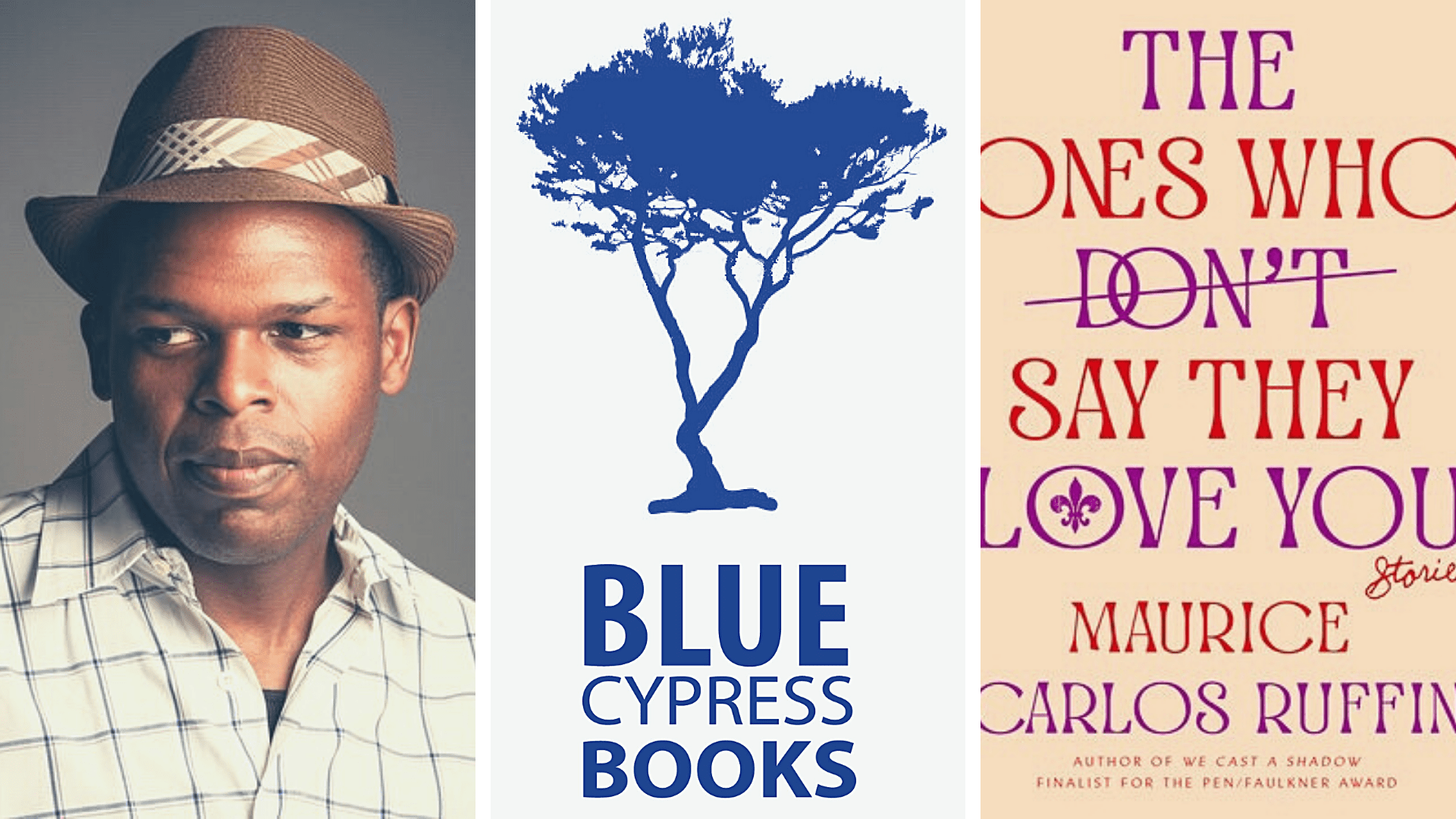 Join us on Tuesday, August 24th at 6 pm for an evening with Maurice Carlos Ruffin in celebration of his latest release, The Ones Who Don’t Say They Love You: Stories.

There will be a reading, followed by a Q&A and signing. Tickets are required and will include a signed copy of the book. You can purchase tickets here!

Maurice Carlos Ruffin has an uncanny ability to reveal the hidden corners of a place we thought we knew. These perspectival, character-driven stories center on the margins and are deeply rooted in New Orleanian culture.

In “Beg Borrow Steal,” a boy relishes time spent helping his father find work after coming home from prison; in “Ghetto University,” a couple struggling financially turns to crime after hitting rock bottom; in “Before I Let Go,” a woman who’s been in NOLA for generations fights to keep her home; in “Fast Hands, Fast Feet,” an army vet and a runaway teen find companionship while sleeping under a bridge; in “Mercury Forges,” a flash fiction piece among several in the collection, a group of men hurriedly make their way to an elderly gentleman’s home, trying to reach him before the water from Hurricane Katrina does; and in the title story, a young man works the street corners of the French Quarter, trying to achieve a freedom not meant for him.

These stories are intimate invitations to hear, witness, and imagine lives at once regional but largely universal, and undeniably New Orleanian, written by a lifelong resident of New Orleans and one of our finest new writers.

Maurice Carlos Ruffin is the author of We Cast a Shadow, which was a finalist for the PEN/Faulkner Award, the PEN/Open Book Award, and the Dayton Literary Peace Prize and longlisted for the Center for Fiction First Novel Prize and International Dublin Literary Award. A recipient of an Iowa Review Award in fiction, he has been published in the Virginia Quarterly Review, AGNI, the Kenyon Review, The Massachusetts Review, and Unfathomable City: A New Orleans Atlas. A native of New Orleans, he is a graduate of the University of New Orleans Creative Writing Workshop and a member of the Peauxdunque Writers Alliance.