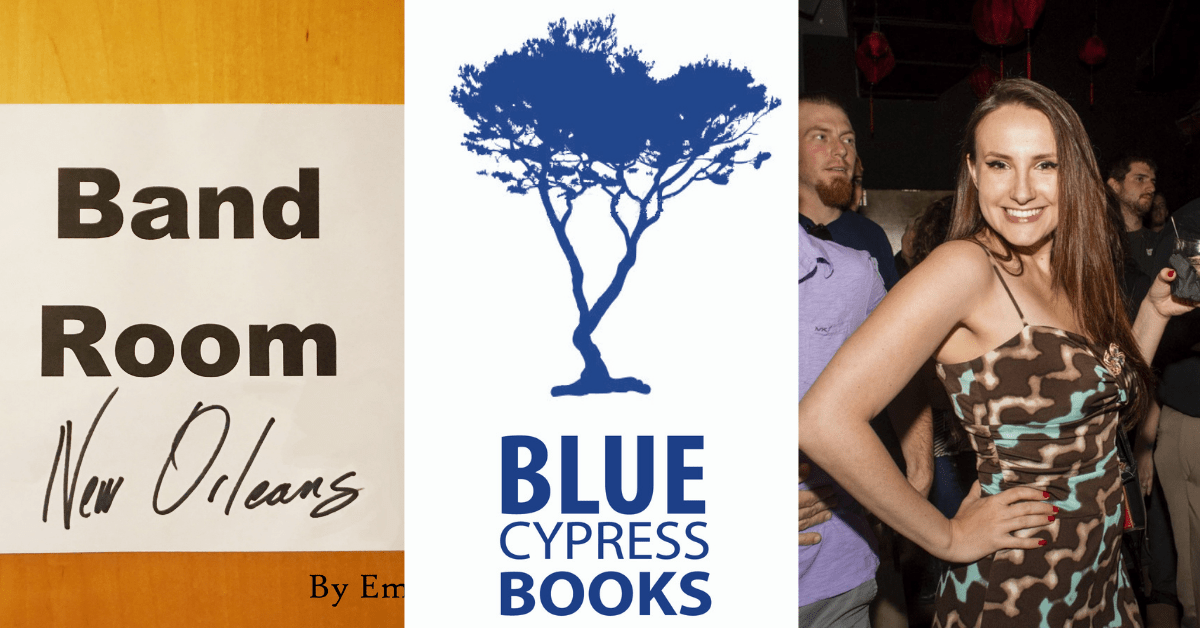 Join us Tuesday, September 28th at 6 pm for a book signing with Emily Hingle, plus a special guest musical performance. Tickets are required and will include a signed copy of Band Room plus entry to the performance. Get your tickets here! Proof of vaccination will be required for entry.

In February 2015 on a cold Carnival night, Emily Hingle got the idea to document the practice spaces of the bands and musicians of New Orleans. She had already visited some spaces where bands spend hours upon hours practicing and perfecting their craft, and she was inspired by the amount of hard work that goes into creating the music that is eventually performed on stage in front of dancing fans. These spaces and the massive effort that happens within them, she believed, deserved part of the glory garnered by the music itself.Emily Hingle is a Louisiana native; born in Lafayette, raised in Mandeville, and living currently in New Orleans. She has always had a passion for her state’s culture, especially music. She began interviewing bands while in college at the University of New Orleans for various websites, then she started writing for Where Y’at Magazine in 2010 where she happily remains to this day. Band Room: New Orleans is her debut work.