An Evening with C.W. Cannon 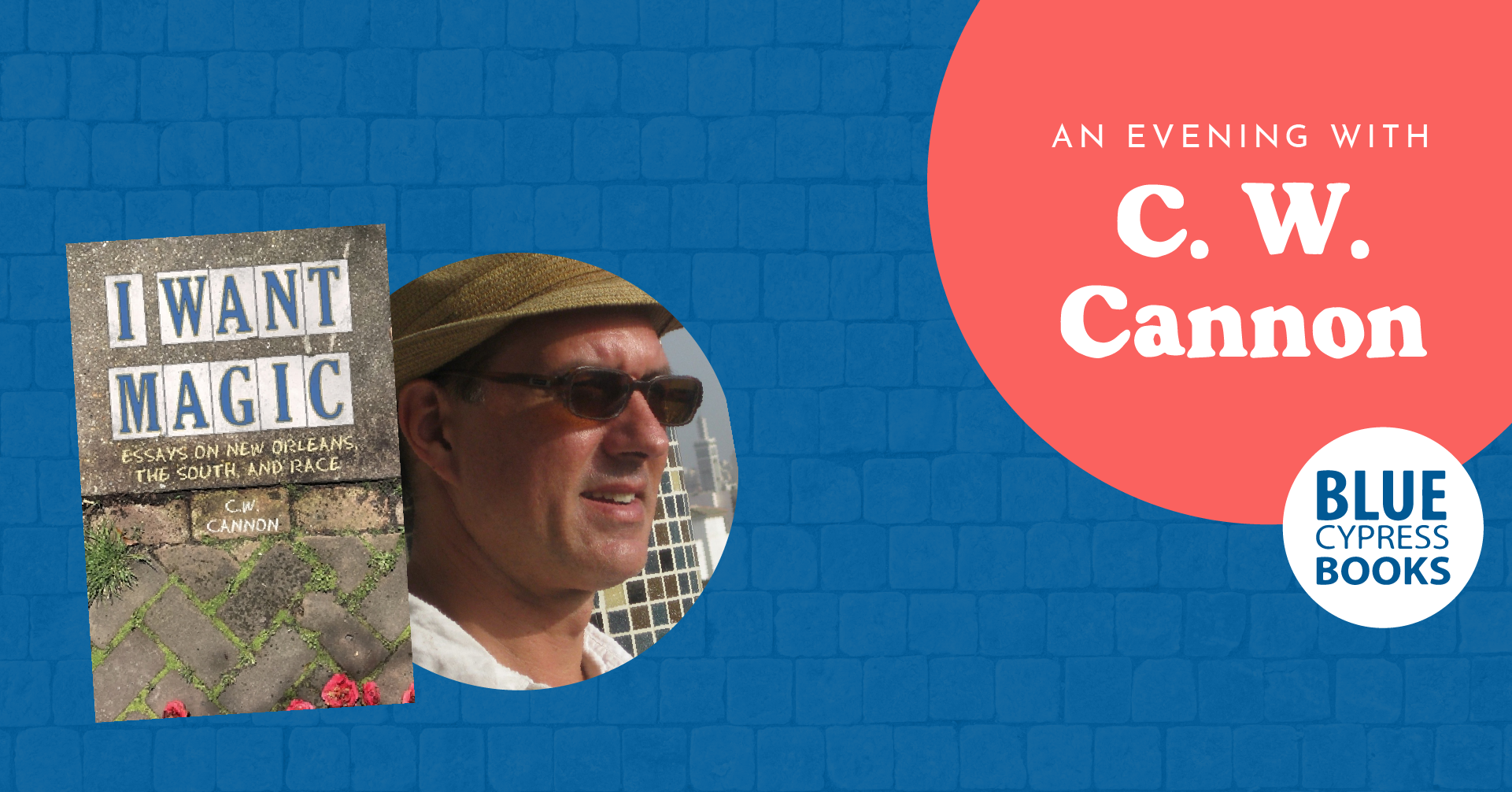 Join us Saturday, October 15th at 5 pm for an evening with C.W. Cannon celebrating his newest book of essays, I Want Magic.

He will be in conversation with local author and educator, Rien Fertel.

In I Want Magic, author C.W. Cannon examines New Orleans through the eyes of a native, exploring the tension between New Orleans’s exceptionalism and Americanism, its identity since Katrina, and its role within the nation and South’s racial consciousness. This collection of thirty-five essays–previously published over the last decade–highlights the differing ways in which the city is perceived by locals, visitors, distant onlookers, media creators, and scholars through a variety of New Orleans-specific topics, including Mardi Gras, crime, tourism, authenticity, gentrification, monument removals, and more. These thought-provoking essays reconsider New Orleans and its relation to the rest of the state, the South, and the country.

C. W. Cannon has written and published fiction and nonfiction widely, mostly focused on his native New Orleans. His work has appeared in Other Voices, Third Coast, Exquisite Corpse, American Book Review, Constance, Louisiana Cultural Vistas, New Orleans Review, The Rumpus, The Lens, and the New Orleans Times-Picayune. His first novel, Soul Resin (FC2 Press, 2002), a New Orleans ghost story, was hailed by Luis Alberto Urrea as “truly original.” His second novel, French Quarter Beautification Project, was published by Lavender Ink in 2016, and his third, Sleepytime Down South, by Livingston Press in 2017. His latest book is published by UL Press: I Want Magic: Essays on New Orleans, the South, and Race. He teaches writing and New Orleans Studies at Loyola University.

Rien Fertel is the author of three previous books: Drive-By Truckers’ Southern Rock Opera, The One True Barbecue: Fire, Smoke, and the Pitmasters Who Cook the Whole Hog, and Imagining the Creole City: The Rise of Literary Culture in Nineteenth-Century New Orleans. He is currently a Visiting Professor of History at Tulane University.