A Signing with Gabe Soria 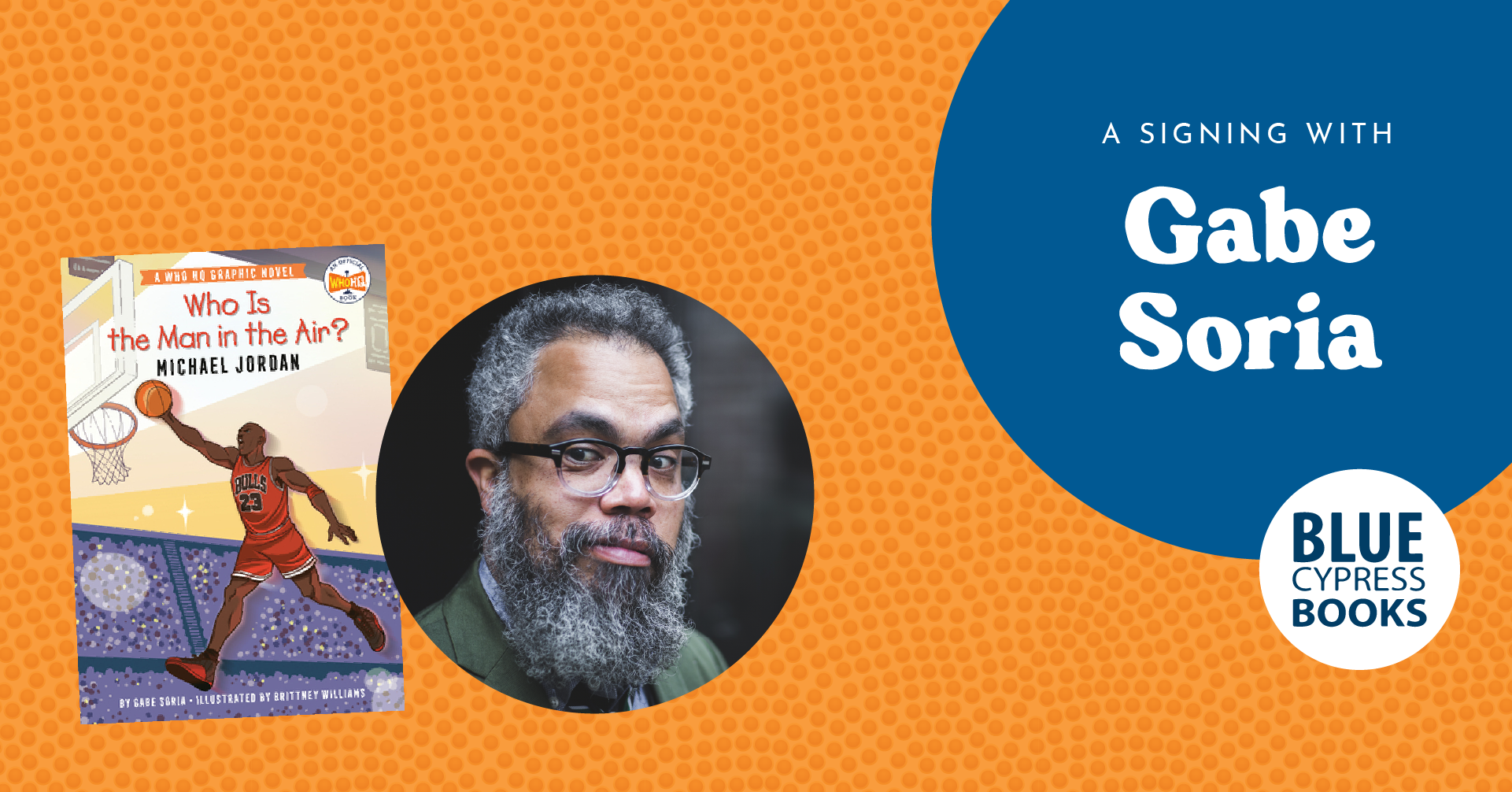 Join us for a signing with Gabe Soria to celebrate the release of Who Is the Man in the Air?: Michael Jordan: A Who HQ Graphic Novel!

📖 Explore the relentless grit of Michael Jordan, as he powers through a mysterious illness in Game 5 of the 1997 NBA finals against the Utah Jazz, infamously known as The Flu Game. A story of athleticism, willpower, and triumph, this graphic novel invites readers to immerse themselves into the unyielding drive of the one of the greatest basketball players of all time — brought to life by gripping narrative and vivid full-color illustrations that jump off the page.

✍️ Known for the popular online role-playing game Sword & Backpack, Gabe Soria is best known in the kidlit community for reinventing the choice-driven book genre with his four-book series, Midnight Arcade. He has also written several comic books for DC Comics, including Batman ’66. Gabe also collaborated with friend Dan Auerbach of the Black Keys on The Murder Ballads comic book.