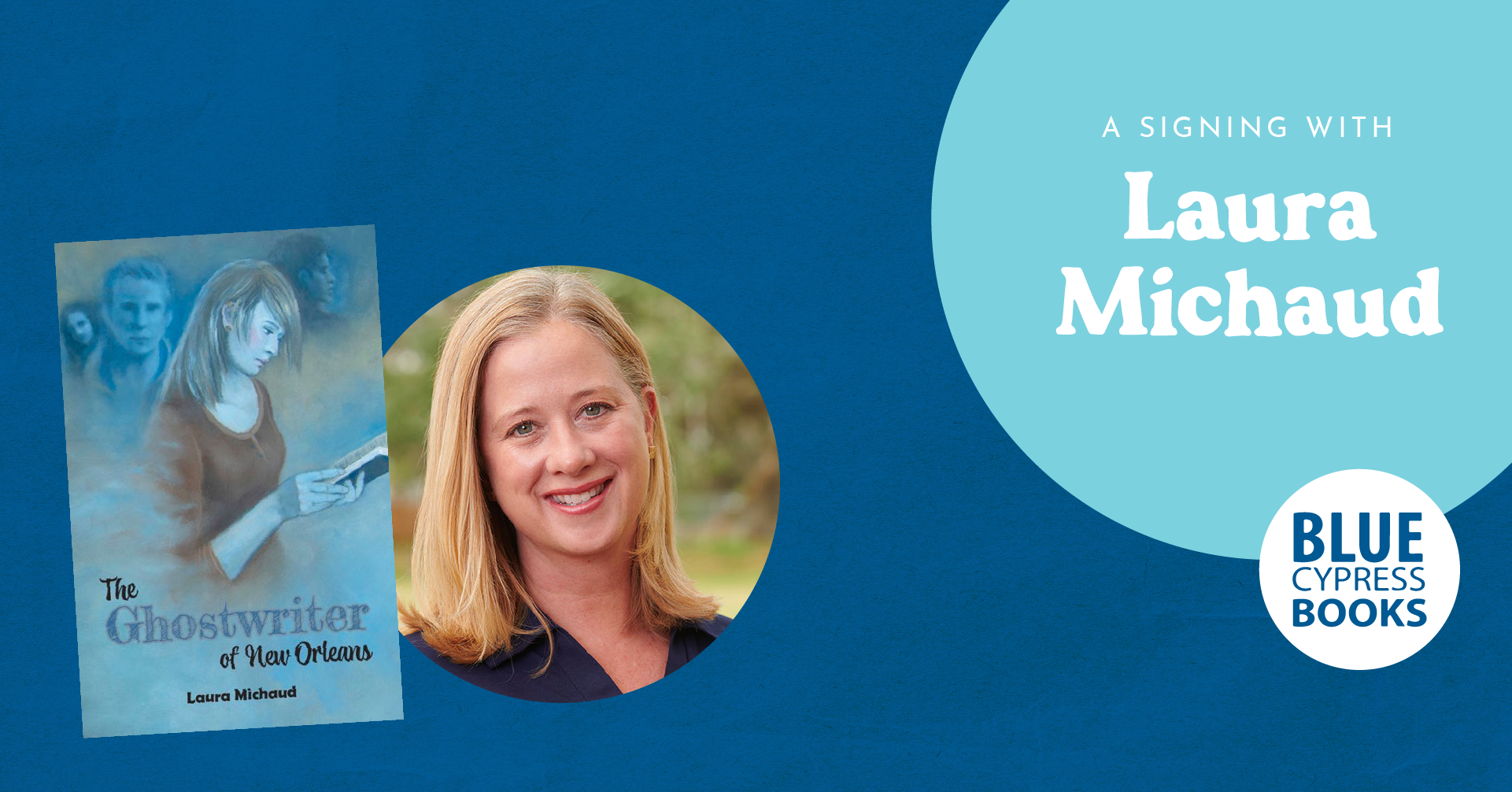 Join us Saturday, December 17th at 2 pm for a signing with Laura Michaud, author of The Ghostwriter of New Orleans!

He’ll do anything it takes to return to the life he led and the girl he loves. James’ life ends amidst crushed metal and flashing sirens. But when his soul is transported back to the familiar hallways of his New Orleans high school, he remembers nothing of his tragic end. As he struggles to make sense of his new existence, he learns that there are others like him, ghosts who haunt the school, who claim they are there to protect the students and the precarious balance between life and death.

James only knows that he misses his girlfriend, Margot. He spends his days watching over her as she grieves his loss. Desperate to reconnect with her, he begins leaving her notes within the pages of her favorite book. But there are consequences to his interference, and when James learns there may be a way to return to the living, he makes it his mission to reunite with Margot, no matter the cost.

Author Laura Michaud grew up with her face in a book, so it was natural that she would later spend some time in the publishing industry before becoming a children’s librarian and writer. A native of New York and Connecticut, she moved to New Orleans with her husband and two children in 2004. The city quickly became home, and its resilience and rebirth post-Hurricane Katrina have served as inspiration for her stories.