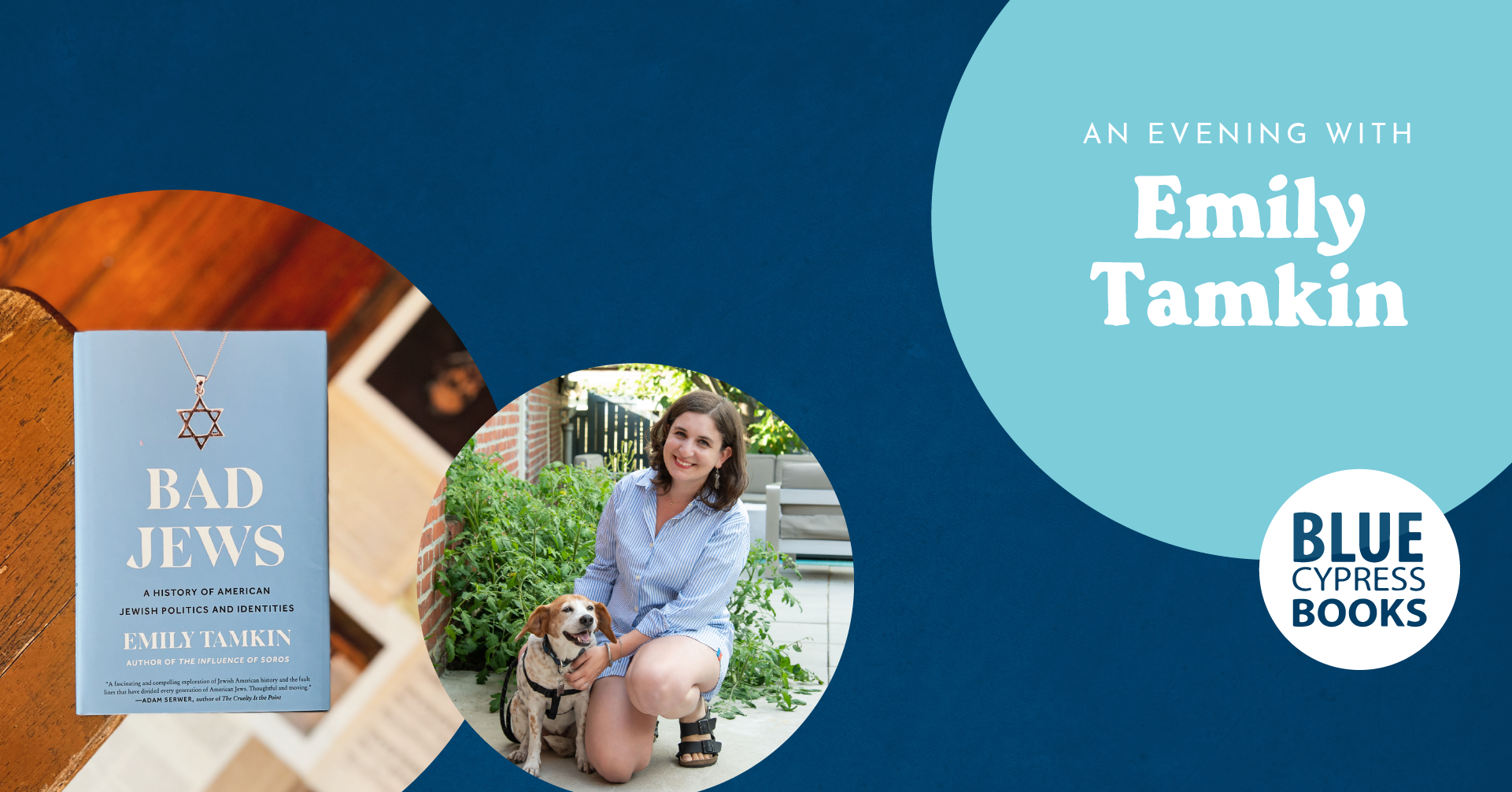 Join us Sunday, January 29th at 4:30 pm for a signing with Emily Tamkin, author of Bad Jews!

Ms. Tamkin will be in conversation with Dr. Ilana Horwitz, Assistant Professor of Jewish Studies and Sociology, and the Fields-Rayant Chair of Contemporary Jewish Life at the Stuart and Suzanne Grant Center for the American Jewish Experience at Tulane University.

A journalist and author of The Influence of Soros examines the history of Jewish people in America and explores their ever-evolving relationship to the nation’s culture and identity—and each other.

What does it mean to be a Bad Jew?

Many Jews use the term “Bad Jew” as a weapon against other members of the community or even against themselves. You can be called a Bad Jew if you don’t keep kosher; if you only go to temple on Yom Kippur; if you don’t attend or send your children to Hebrew school; if you enjoy Christmas music; if your partner isn’t Jewish; if you don’t call your mother often enough. The list is endless.

In Bad Jews, Emily Tamkin argues that perhaps there is no answer to this timeless question at all. Throughout American history, Jewish identities have evolved and transformed in a variety of ways. The issue of what it means, or doesn’t, to be a Good Jew or a Bad Jew is particularly fraught at this moment, American Jews feel and fear antisemitism is on the rise.. There are several million people who identify as American Jews—but that doesn’t mean they all identify with one another. American Jewish history is full of discussions and debates and hand wringing over who is Jewish, how to be Jewish, and what it means to be Jewish.

In Bad Jews, Emily Tamkin examines the last 100 years of American Jewish politics, culture, identities, and arguments. Drawing on over 150 interviews, she tracks the evolution of Jewishness throughout American history, and explores many of the evolving and conflicting Jewish positions on assimilation; race; Zionism and Israel; affluence and poverty, philanthropy, finance, politics; and social justice. From this complex and nuanced history, Tamkin pinpoints perhaps the one truth about American Jewish identity: It is always changing.

Emily Tamkin is the author of The Influence of Soros and Bad Jews. She has covered foreign affairs on staff at New Statesman, Foreign Policy, and BuzzFeed News. Her work has also appeared in the Boston Globe, the New Republic, the New York Times, Politico, and the Washington Post, among other publications. She was an International Affairs Fellow for the Council on Foreign Relations in New Delhi, India and a part of the Shalom Hartman Institute’s inaugural Jewish Writers and Journalists Seminar. She lives in Washington, DC.

Dr. Ilana Horwitz is an Assistant Professor of Jewish Studies and Sociology, and the Fields-Rayant Chair of Contemporary Jewish Life at the Stuart and Suzanne Grant Center for the American Jewish Experience at Tulane University. Dr. Horwitz’s research has appeared in leading academic and public outlets, including The New York Times and The Washington Post. In her recent book, God, Grades, and Graduation, which is primarily about Christians, Dr. Horwitz draws on 10 years of survey data with over 3,000 teenagers and over 200 interviews. She offers a revealing and at times surprising account of how teenagers’ religious upbringing influences their educational pathways from high school to college. The Wall Street Journal describes her book as “a perceptive work of sociological portraiture and analysis.”