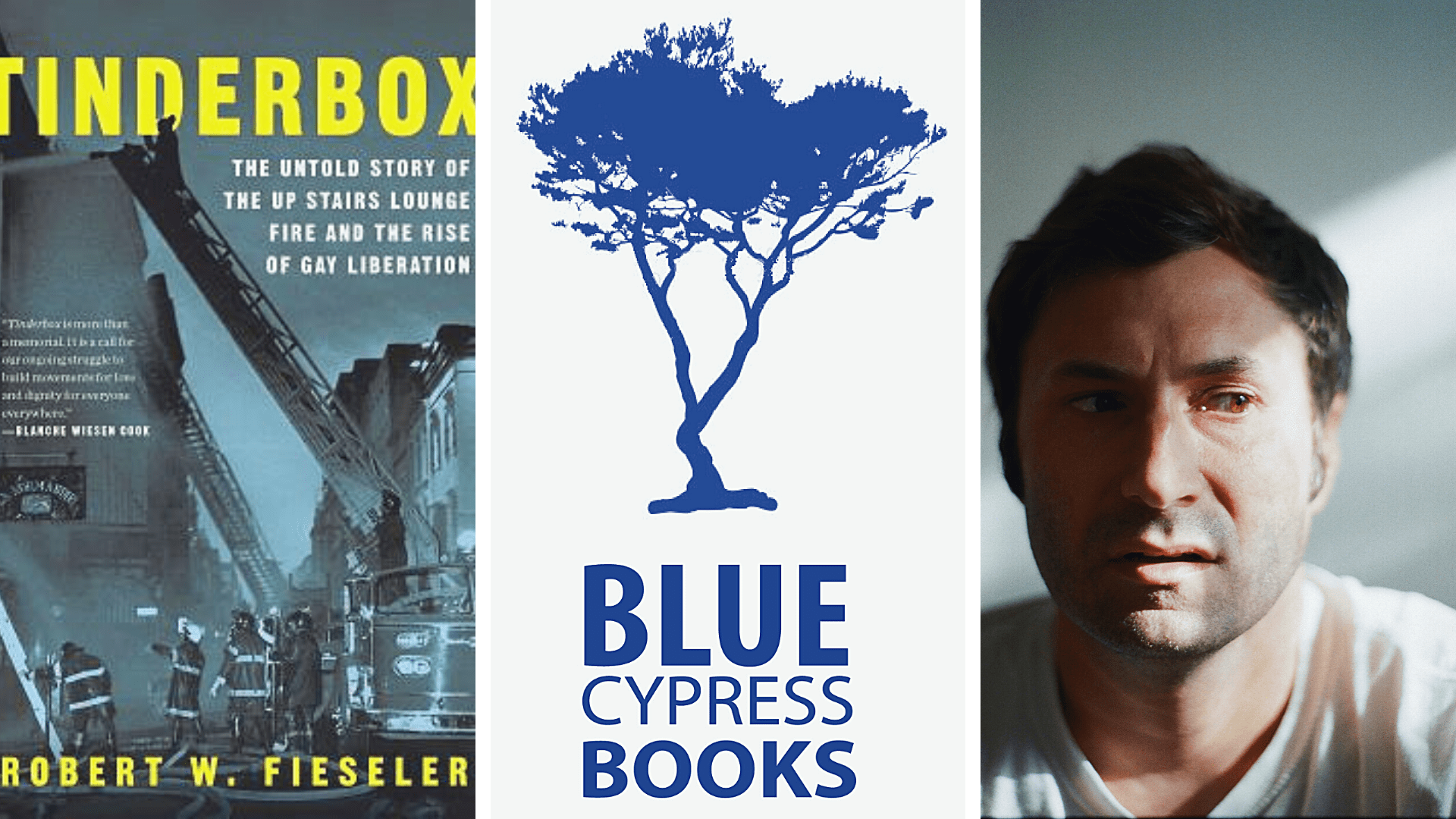 Tuesday, October 5th at 6 pm, Robert W. Fieseler will be reading from his upcoming publication in 64 Parishes magazine, as well as his book, Tinderbox: The Untold Story of the Up Stairs Lounge Fire and the Rise of Gay Liberation. Tickets will be required for the event and will include a signed copy of the book. Proof of vaccination is required for entry to the event. Purchase tickets here!

The Up Stairs Lounge arson, the deadliest fire on record in New Orleans history, claimed the lives of 32 patrons in a working-class gay bar, including the life of a Black Catholic Jesuit named Reginald “Reggie” Adams. 24-year-old Reggie originally hailed from Dallas and was something of a religious journeyman. But very little concrete information was known about him until his remarkable story of priestly “formation” — and his ultimate rejection of that path to embrace a life of queer love — was recently revealed.

Buried for decades, the Up Stairs Lounge tragedy has only recently emerged as a catalyzing event of the gay liberation movement. In revelatory detail, Robert W. Fieseler’s “Tinderbox” chronicles the tragic event that claimed the lives of thirty-one men and one woman on June 24, 1973, at a New Orleans bar, the largest mass murder of gays until 2016. Relying on unprecedented access to survivors and archives, Fieseler creates an indelible portrait of a closeted, blue- collar gay world that flourished before an arsonist ignited an inferno that destroyed an entire community. The aftermath was no less traumatic—families ashamed to claim loved ones, the Catholic Church refusing proper burial rights, the city impervious to the survivors’ needs—revealing a world of toxic prejudice that thrived well past Stonewall. Yet the impassioned activism that followed proved essential to the emergence of a fledgling gay movement. Tinderbox restores honor to a forgotten generation of civil-rights martyrs.

Robert W. Fieseler is a National Lesbian and Gay Journalists Association “Journalist of the Year” and the acclaimed debut author of Tinderbox: The Untold Story of the Up Stairs Lounge Fire and the Rise of Gay Liberation – winner of the Edgar Award and the Louisiana Literary Award, shortlisted for the Saroyan International Prize for Writing. Queer literary icon Andrew Holleran reviewed Tinderbox as “far more than just a history of gay rights,” and Pulitzer Prize-winner Michael Cunningham praised it as “essential reading at any time.” Fieseler is presently working on his second queer history book, which received a Silvers Foundation work-in-progress grant. He graduated co-valedictorian from the Columbia Journalism School and lives with his husband and two kittens in New Orleans.